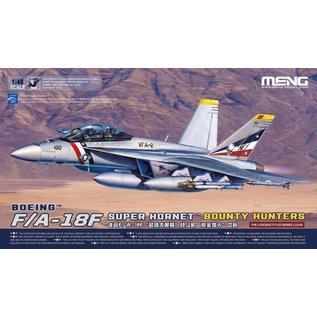 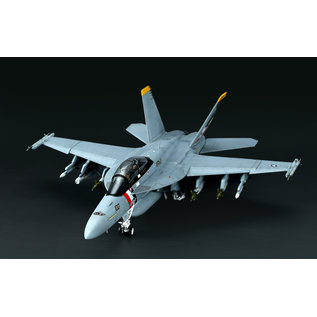 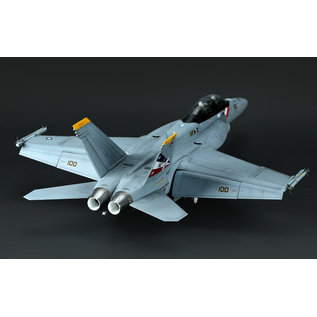 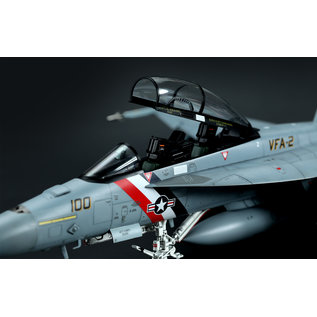 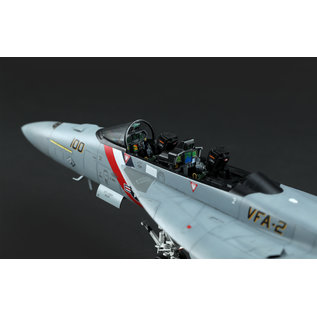 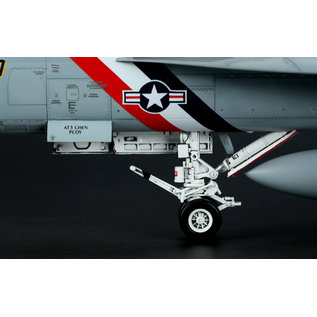 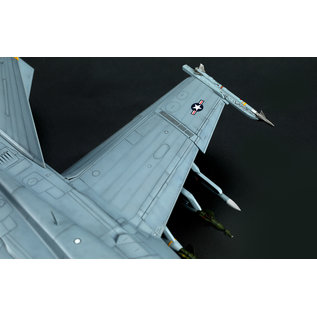 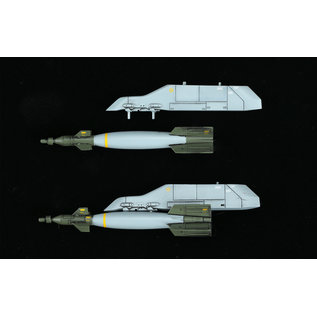 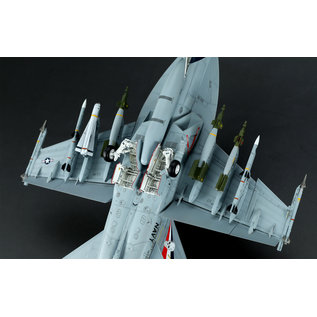 The F/A-18F, nicknamed Super Hornet is a two-seat carrier-based fighter aircraft developed by The Boeing Company. This multirole fighter can perform operations like maintaining air superiority, ground attack, maritime strike, air control and refueling of other aircraft. The surface of this aircraft is coated with a special material that can absorb radar waves to greatly reduce the radar reflection, and it has the capability of stealth combat. It has as many as 11 weapon mounting points, and it can carry almost all types of U.S. Navy ammunition including the Joint Direct Attack Ammunition (JDAM) and the Joint Standoff Weapon (JSOW). As an important carrier-based fighter aircraft in active service in the U.S. Navy, the F/A-18F Super Hornet has participated in the U.S. military's combat missions in many places around the world in recent years.