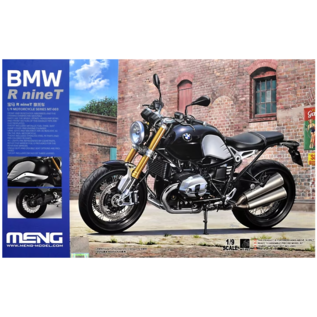 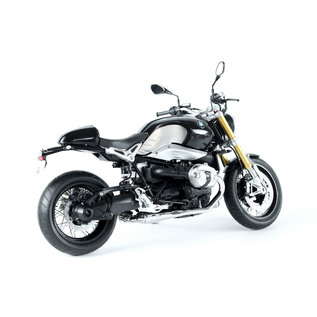 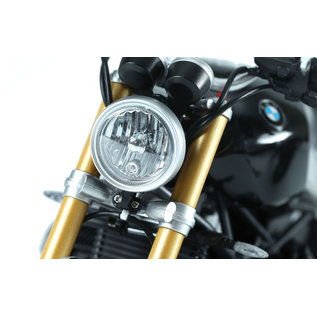 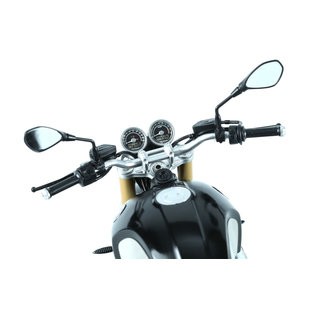 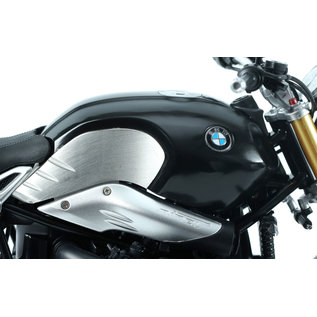 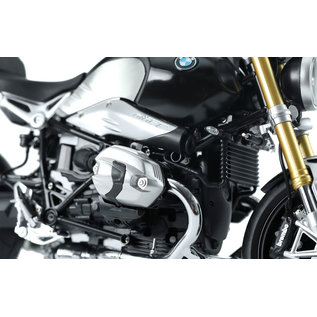 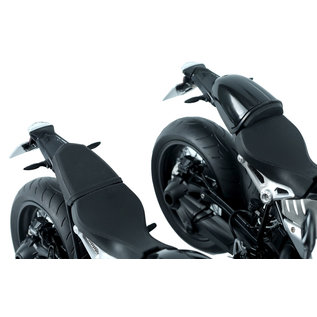 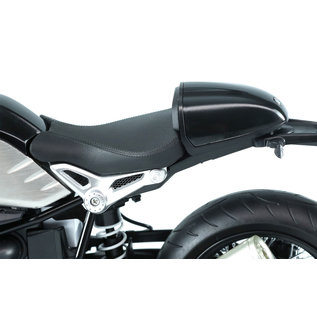 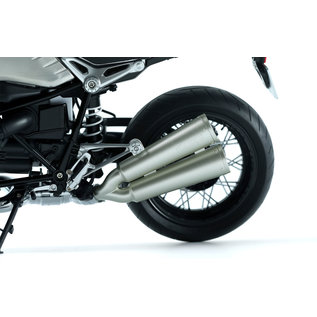 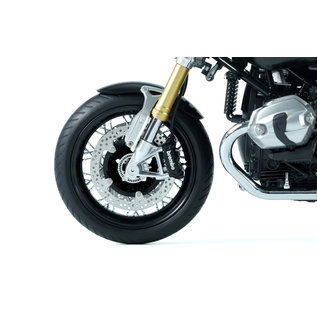 The BMW R nineT is a commemorative model for the 90th anniversary of the founding of BMW Motorrad. It uses the café racer style as the basis for the design, inheriting classical elements such as the trellis frame, the double instrument, and the finned engine cover. At the same time, it integrates sports performance and modern technology into the design, including the horizontally opposed twin-cylinder boxer engine, the 46mm upside-down front forks, the third-generation Paralever suspension system, and the BMW Motorrad ABS. In addition, the BMW R nineT is a product that allows a high degree of customization, providing its owners with a wide range of optional accessories. The BMW R nineT is a model that combines both classic and modern aesthetics, and it is one of BMW's most successful motorcycle models.

This MENG 1/9 MT-003 BMW R nineT (Pre-colored Edition) is an official licensed model kit. Thanks to its snap-fit design and pre-colored parts, there’s no need to paint the model during the assembly process. Front and rear shock absorbers and the steering damper are movable. Parts like the wheel spokes, headlamp bowl and front section of the exhaust pipe are electroplated. All lights are represented by clear parts. Reflective mirror foil is provided for the rearview mirrors. This kit includes metallic fuel tank, seat hump cover and engine cylinder, and vinyl seats and backrest, and stainless steel PE parts and pre-colored PE parts. This model can be built as a single seat or double seat version.