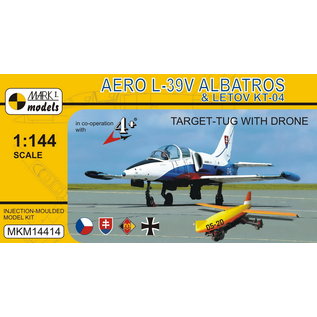 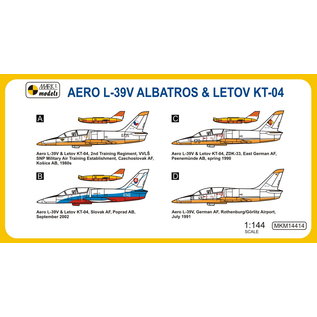 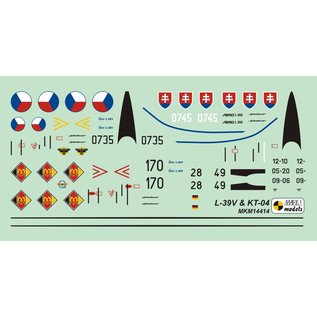 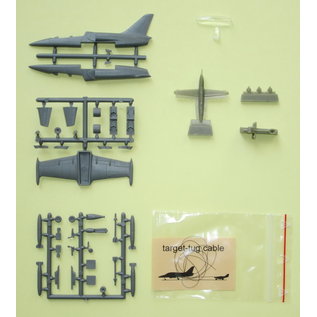 The L-39 Albatros, a high-performance second-generation jet trainer, was developed by the Aero Vodochody aircraft company in Czechoslovakia during the 1960s. It is a two-seat, all-metal monoplane powered by an Ivchenko AI-25 turbofan engine. Becoming the most widely used jet trainer, until today about 2,800 L-39s have served with more than thirty air forces around the world.

The L-39V was a dedicated target tug version for dragging a Letov KT-04 aerial drone introduced to air forces of Czechoslovakia and the former East Germany. Until 2002 this drone was also utilised by Slovak Air Force.