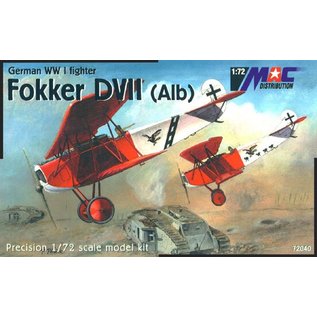 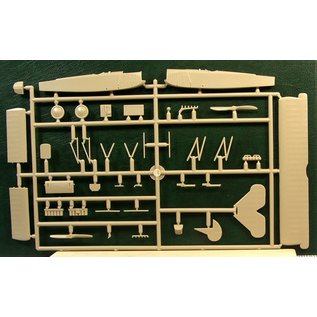 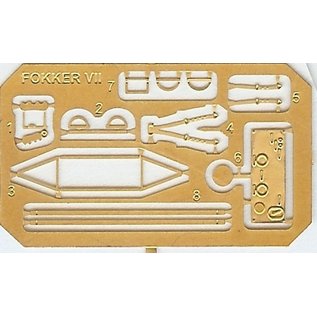 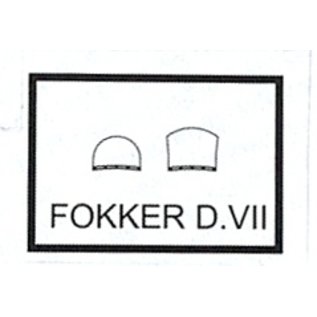 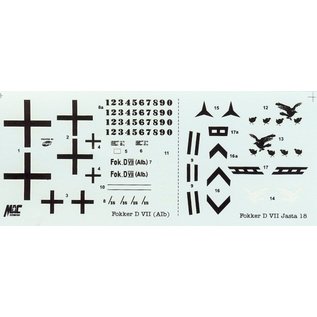 Fokker D.VII was probably the most successful and known fighter plane of the World War I era. The prototypes V.11 and V.18 were built on the late months of 1917. There were driven by water cooled in line Mercedes 160 HP engine. There were determined for the Idflieg´s ( the German Air Service) trials of fighter planes. The Adlershof fighter competition began on the 12th January, and would last until the 12th February 1918. The rebuilt V.11 prototype (Fokker D.VII) was the absolute winner of the trials.

The Fokker D.VII had welded steel tubing its main structural material. The clear internally braced cantilever wings were without wires, the laminated plywood ribs and wooden box spars, and providing great strength. "N" struts were on the outboard of the wings. The wings were fabric covered with leading edges sheathed with thin plywood. The D.VII fuselage and empennage were fabric covered too. Flying characteristics and performances were excellent. The German Air Service wanted as many of these new fighters as quickly as possible. The Idflieg gave Fokker an immediate order for 400 D.VIIs. Idflieg also ordered the Albatros Werke and the Ostdeutsche Albatros Werke to produce the new Fokker biplane under licence.

Fokker D.VII began arriving at Jastas in late March and early April of 1918. In July about 400 machines served at the Western Front. As the Fokker D.VII began going into action pilots on both sides of the front expressed amazement at performances of the new fighter. Especially the Fokker D.VII F driven by the B.M.W. engine with special altitude compensating carburetor was excellent. Every pilot wanted to fly combat wroth this new variant of the Fokker D.VII. All Fokker D.VIIs had be confiscated or destroyed by the articles of the 1918 Armistice.

Production of Fokker D.VIIs was planned at the Austro-Hungarian Empire too. The factories was follow: Ungarische Allgemeine Maschinenfabrik AG-MAG, Oesterreichisch-Ungarische Flugzeugfabrik "Aviatik" GmbH, Thoene und Fiala, etc. There were built only few machines. There never operated at air war.

There were ordered 3200 planes in Germany and 630 in Austro-Hungary. A lot of them served in many countries till thirties.