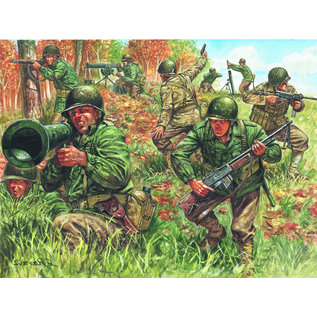 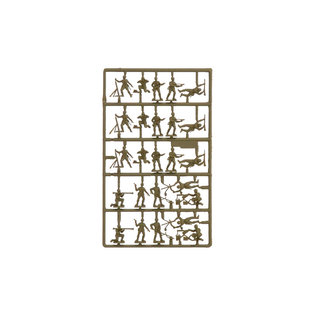 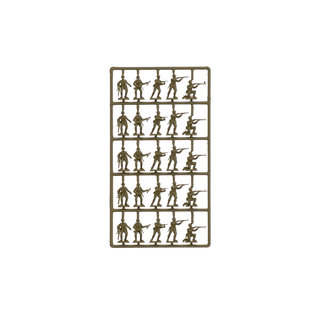 The 1st Infantry Division , better known as "the big red one", represents the prototype of U.S. Infantry troops during World War II. It took part in Operation Torch (November 1942), the landing in Sicily, the landing in Normandy (June 6th, 1944), the battle of the Ardennes and the final advance into German territory in 1945. The models in this kit are represented with the typical equipment of American infantry: the M1 Garand rifle, the B.A.R. automatic rifle, the M3 "Grease Gun" submachinegun and the famous Bazooka.