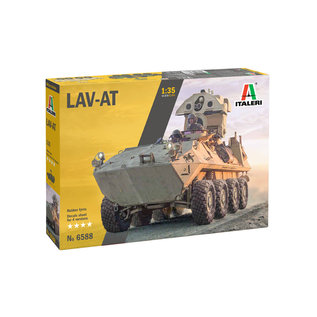 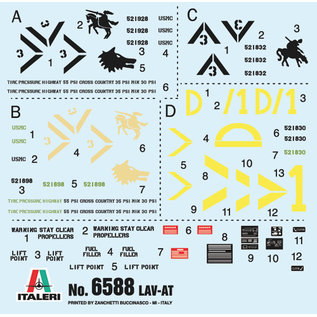 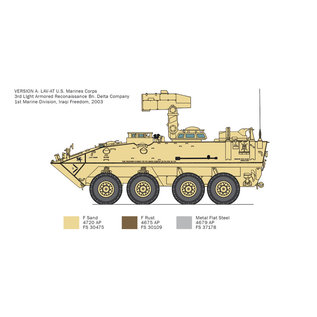 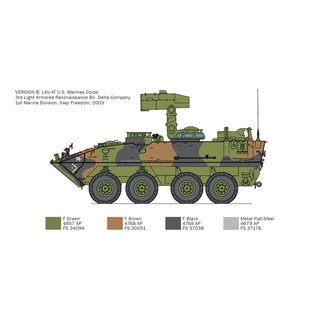 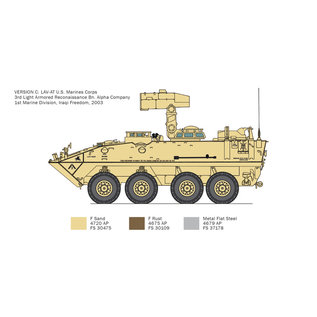 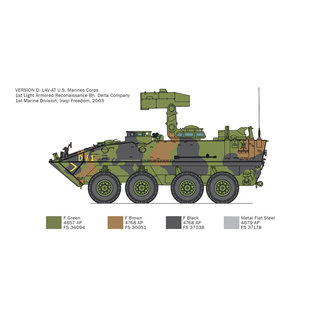 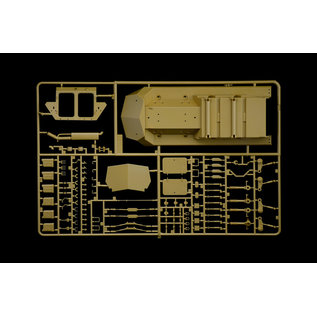 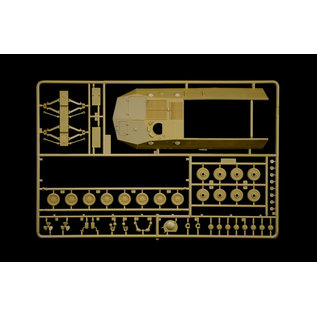 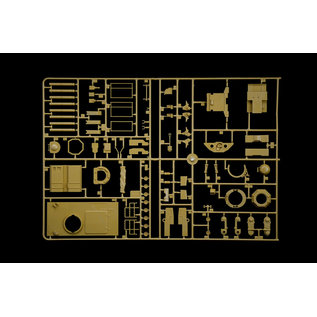 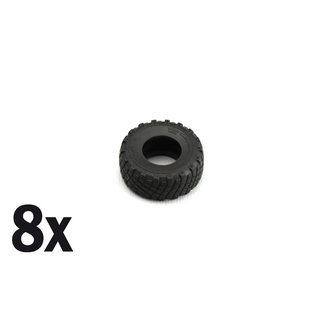 The LAV-25 is an 8-wheel drive armored vehicle, characterized by good amphibious capacity, used since the early 1980s by the Marine Corps for reconnaissance and infantry support activities. He entered service in 1983 and actively participated in operations "Desert Storm" (1991) "Restore Hope" (1993), "Enduring Freedom" (2001) and "Operation Iraqi Freedom" (2003). Equipped with a diesel engine, which allows the LAV to reach 100 km / h, and with an independent wheel suspension system, which makes it ideal for "all-terrain" use, it was developed and built in numerous versions. The anti-tank version is equipped with the Emerson T.U.A. (Tow-Under-Armor) 901A1, a missile system armed with TOW-2 anti-tank guided missiles, installed in a rotating turret and equipped with thermal and visual target identification systems. Conceived to operate in Marines reconnaissance units, the anti-tank version is capable of providing a contrast capability against the most powerful enemy battle tanks.