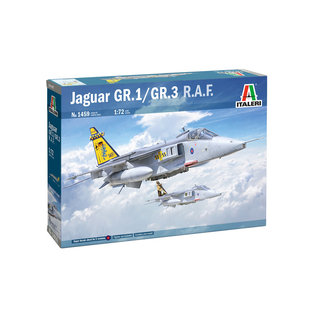 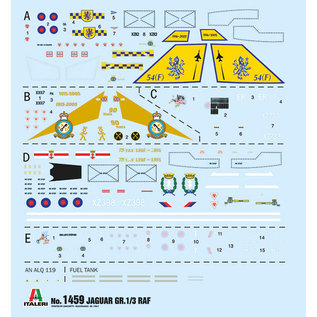 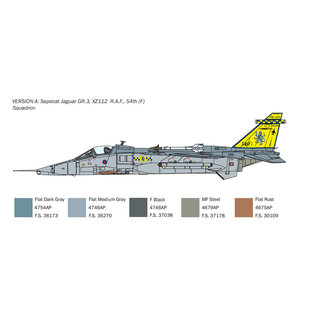 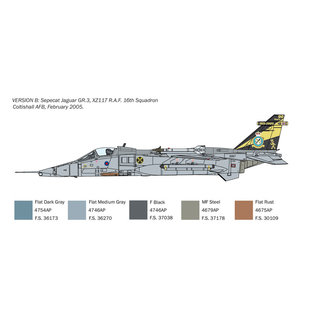 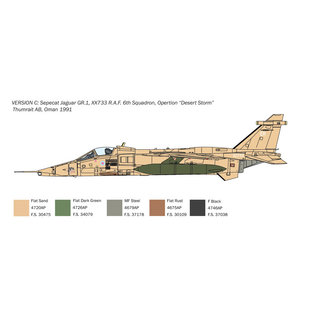 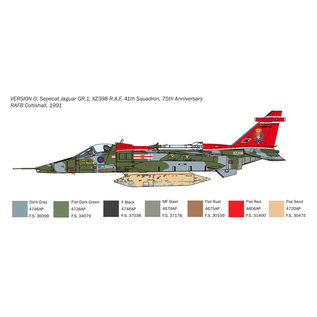 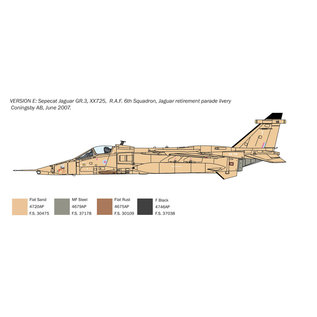 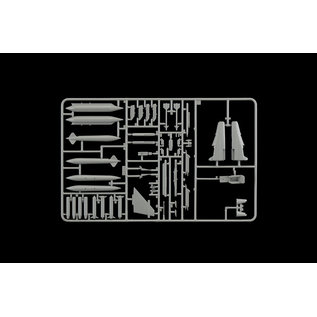 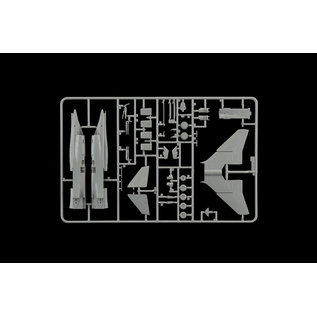 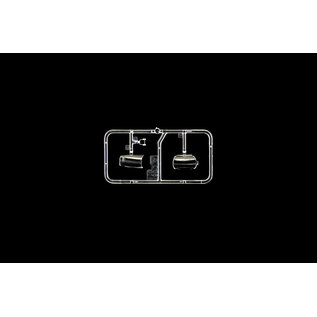 The Jaguar ground attack aircraft, born in the 1960s from a collaborative project of the French and British aviation industry, was used by the Royal Air Force until the late mid-2000s, demonstrating extraordinary longevity and operational efficiency. Thanks to its two turbojet engines it was able to reach and exceed Mach 1.6. It has been used, carrying out numerous missions, in operational areas characterized by a high level of complexity, including the Balkans and Iraq. In particular, the "all-weather" Jaguar Gr. 3 single-seater version has been significantly updated in avionics and has been equipped with terrain mapping and GPS tracking systems to optimize the role of ground attack aircraft.