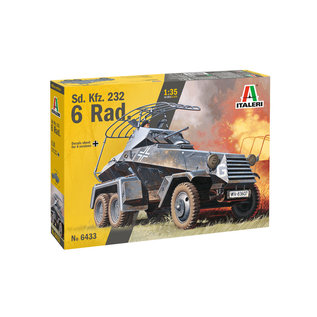 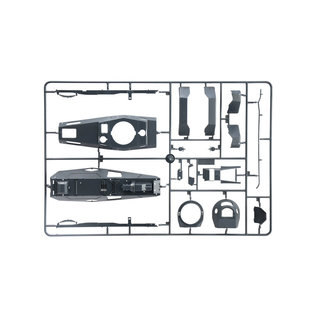 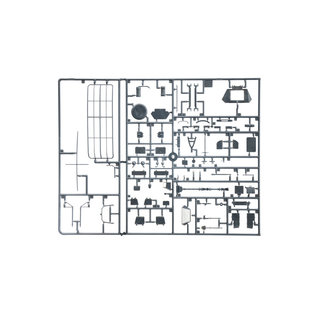 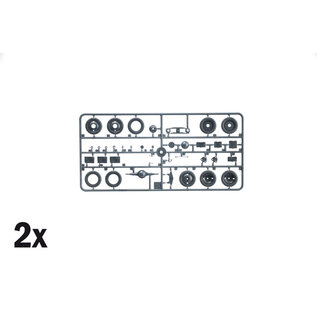 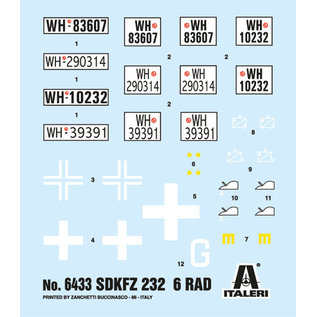 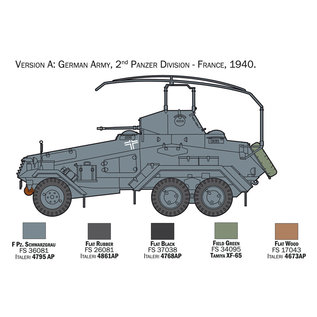 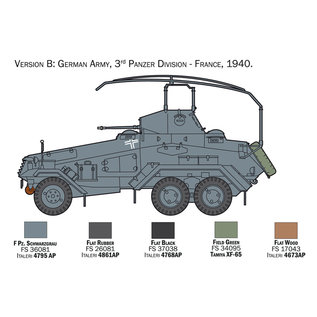 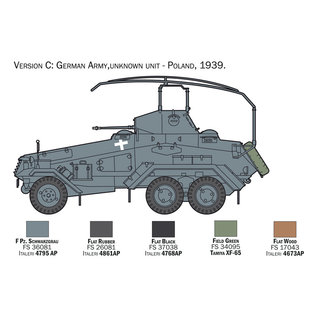 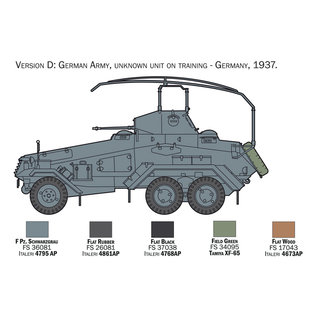 The heavy armored car Sd. Kfz. 232 (Schwerer Panzerspähwagen 232) was deployed by Wehrmacht units in the mid-thirties. The effective management of reconnaissance and radio communications between units was an essential feature of rapidly moving military operations known as "blitzkrieg". The armored car Sd.Kfz. 232 was a key component in meeting this need. The mobility of the six-wheeled vehicle, both on and off-road, was complemented by enhanced radio communications equipment which was equally effective over both short and long range. The armored car was fitted with a voluminous antenna frame which was then later replaced with a vertical antenna that ensured effective battlefield communications between commanders and troops. The turret armament provided sufficient firepower for both vehicle defence and on advanced reconnaissance missions.