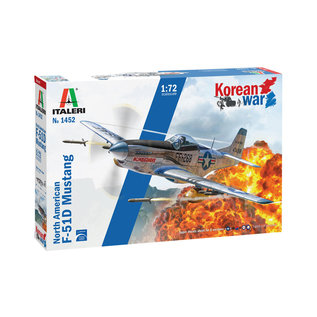 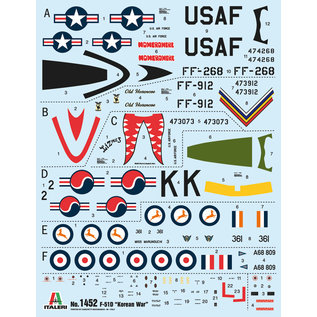 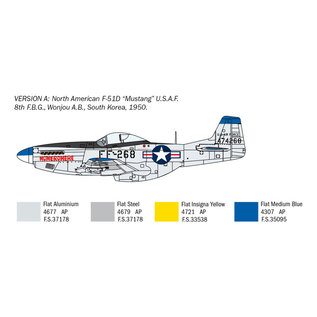 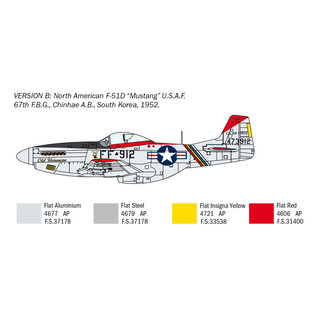 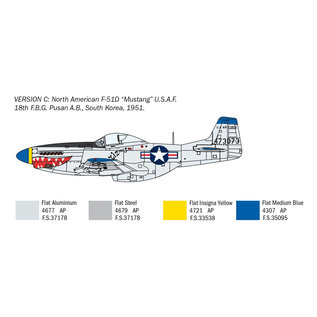 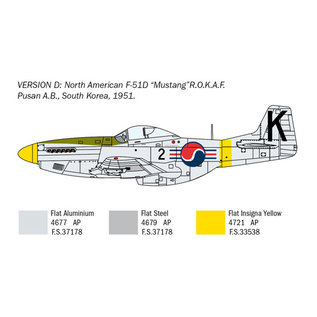 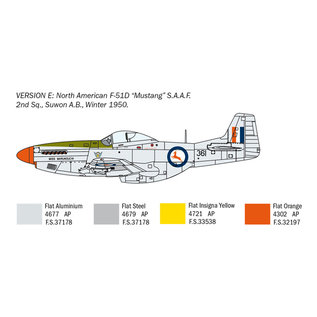 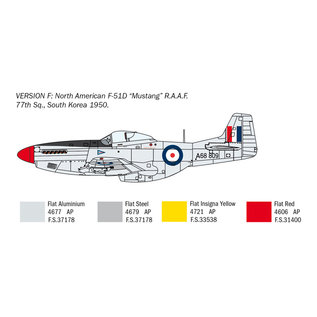 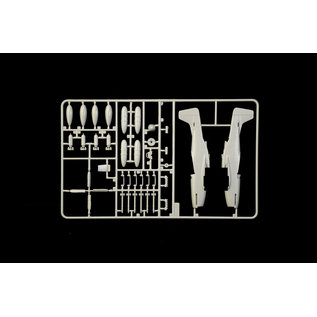 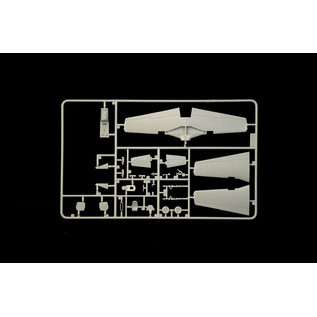 The North American single-seat fighter P-51 Mustang is, without a doubt, one of the most famous aircraft of the history and it is considered the best fighter powered with traditional piston engine of the Second World War. The P-51 was developed very quickly and was built around the Packard V12 engine, the well-known and reliable Rolls-Royce Merlin engine manufactured under license in the United States, capable of delivering more than 1,600 HP. Thanks to its engine, the Mustang was able to reach the speed of 700 Km/h. The P-51D, the most famous and successful version, was armed with six 0.5 M2 Browning machine guns installed in the wings. The Mustang was used in all war theaters, but it best known duty was to escort bombers in raids over Europe. At the end of the Second World War the "Mustang" continued to be deployed on various operational fronts. The F-51 (a new designation adopted in 1948 where F stood for fighter) also participated in the Korean War. It continued to be a highly reliable aircraft and thanks to its extensive range, could successfully carry out operations that the most modern jet aircraft of the period were unable to perform. Armed with rockets and bombs, it was used for ground attack missions and could also offer a close support capability to ground troops.