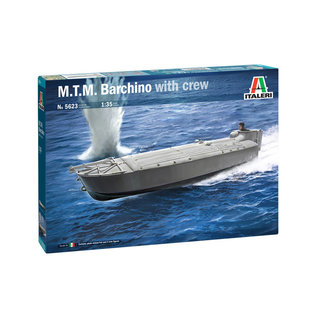 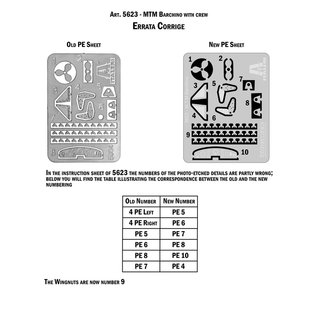 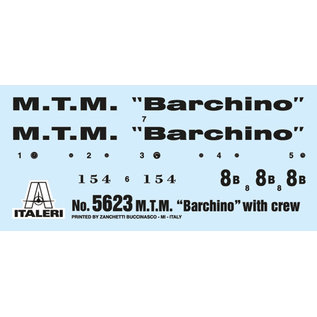 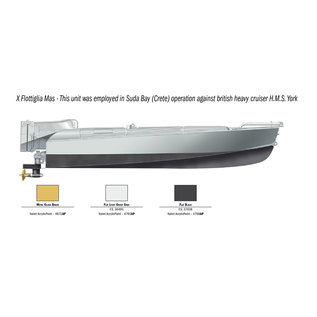 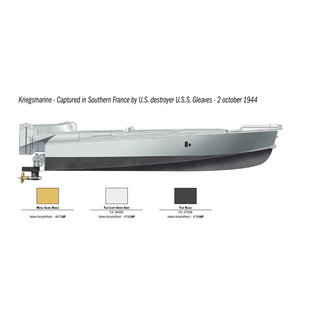 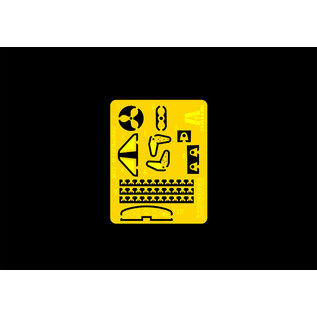 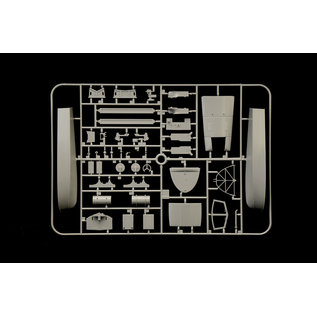 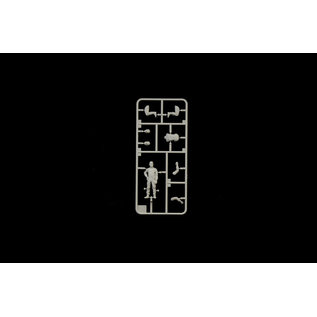 Following its operational successes during WW1, the Italian “Regia Marina” continued with further post- war  developments into various underwater and surface assault vehicles. The Motoscafo da Turismo Modificato (M.T.M.) for example, was designed to ensure a covert and rapid approach to targets with a low risk of detection from enemy forces. Closing in on the target, the pilot then adjusted the rudder to maintain  direction and propelled the fast small boat on a collision course to the target. The pilot, positioned at the stern, jumped from the craft at a safe distance before the collision. The high explosive charge positioned in the bow of the Barchino detonated upon impact against the target. The most successful deployment of the ‘Barchino’ by the  Italian Regio Marina, was the assault led by Luigi Faggioni on the Royal Navy heavy cruiser HMS York at Suda Bay, Crete in 1941.