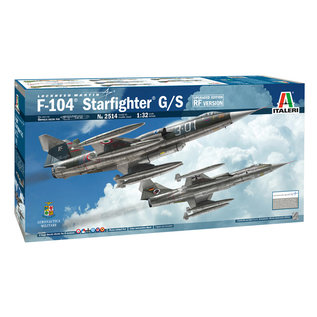 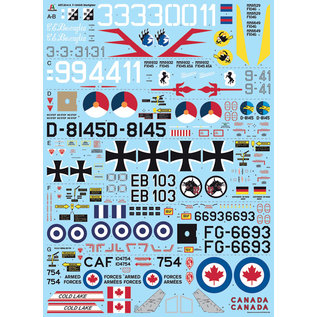 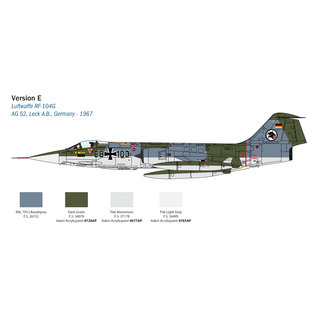 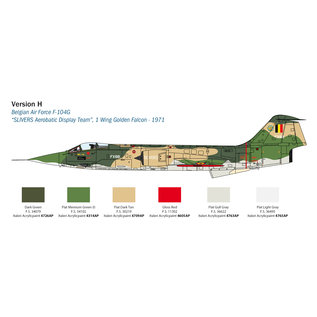 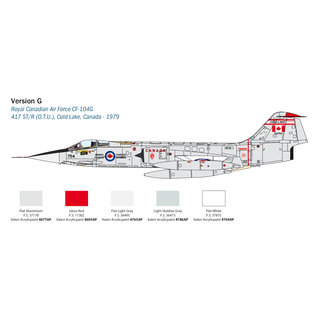 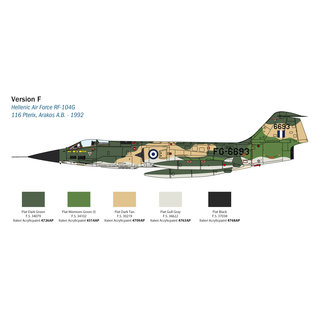 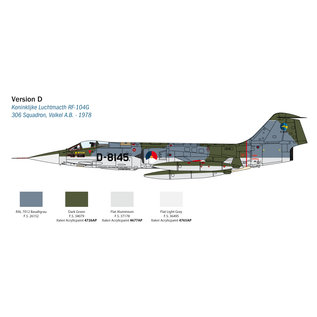 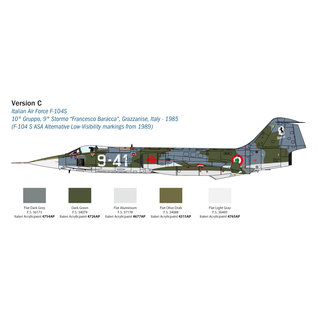 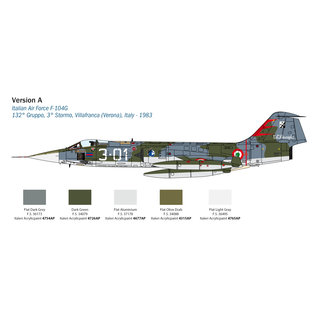 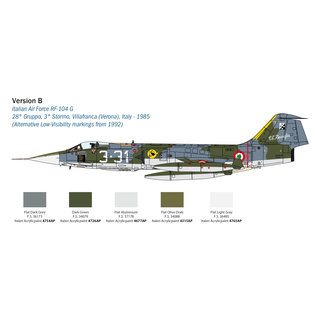 The Lockheed F-104 Starfighter is one of the most famous fighters in the history of aviation and also one with the longest operational life: its history began at the end of the 50s and ended, for some air forces, in mid 2000s. Its unique airframe, with slender fuselage and very little wing surface, made this aircraft ideal as an interceptor. Thanks to the thrust of its General Electric J79-GE-11A afterburning turbojet engine, it could exceed Mach 2,2 with an excellent rate of climb. But it was not very manoeuvrable and difficult to pilot. The F-104G Starfighter was produced on license by several European aviation industries. From the mid-60s, it became the standard interceptor for many NATO countries including Italy, Germany, Holland, Greece, and Turkey. The armament was basically the same found on previous versions, with a 20mm Vulcan cannon and the option to fit under the wings air-to-air missiles, bombs, or additional fuel tanks to increase the airplane's range. With time, reconnaissance duties were added to the traditional interceptor service. The F-104G was therefore equipped with a dedicated "Orpheus" reconnaissance external pod that gave excellent operational results.