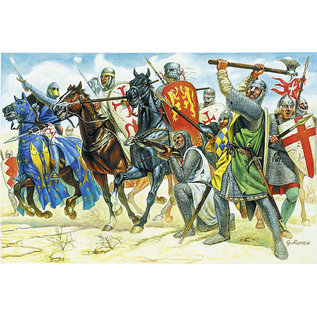 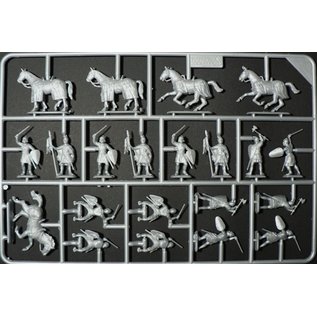 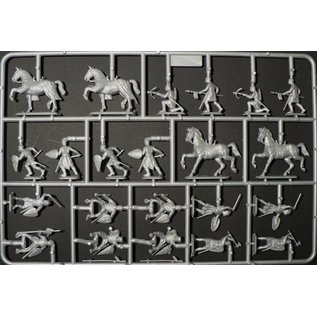 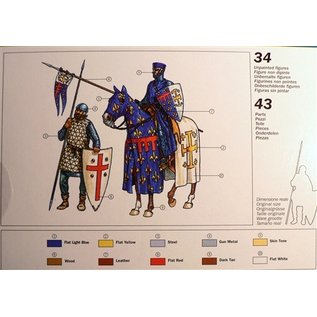 The first Crusade took place at the end of 11th Century and culminated with the siege and conquest of Jerusalem in 1099 by Godfrey of Bouillon, that led to the birth of the Outremer crusader states. The kit represents the diversity of troops that took part in the war. The knights, heavy cavalry wearing chain mail armor and carrying the large almond-shaped shields typical of the age, fought alongside infantry and crossbowmen recruited in various Christian European countries.