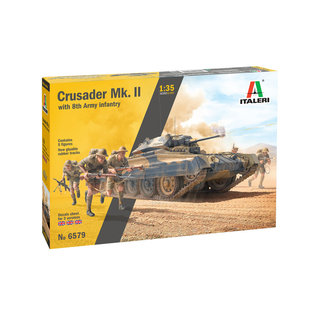 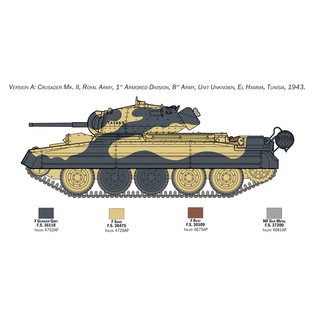 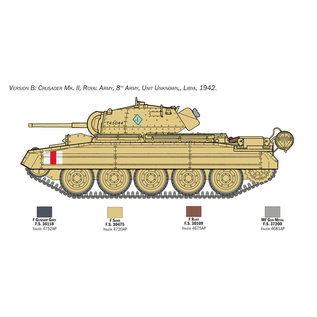 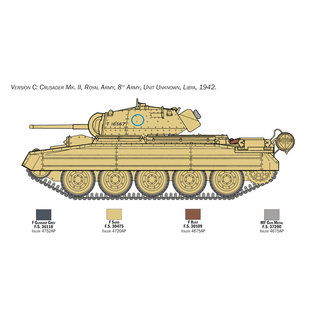 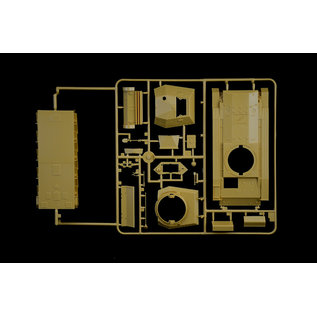 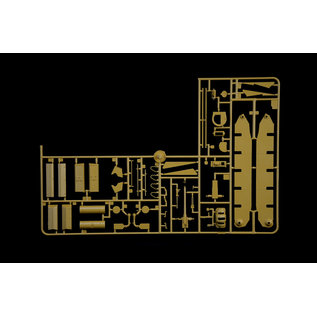 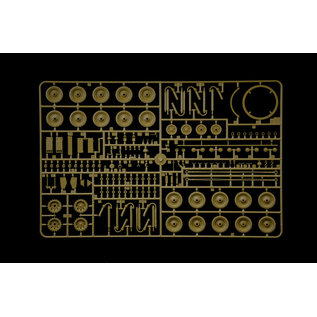 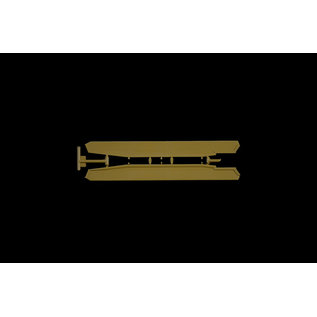 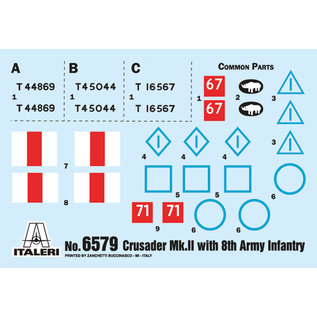 Designed at the beginning of the Second World War, the Crusader was one of the most important British "Cruiser" tanks reaching a production of over 5,000 units. Equipped with Christie suspension with large diameter rolling wheels, the Crusader possessed remarkable driving skills on rough terrain. The first versions of Mk. I and Mk. II were armed with a 2 pdr. cannon, later replaced by the more powerful 6 pdr. cannon in the Mk.III version. Lacking adequate armor against enemy fire, it was also very vulnerable to enemy mines and anti-tank guns, and its armament was often inadequate in front of similar German vehicles. However, when used in a coordinated way, they managed to achieve good results. The Crusaders Mk. II, with the arrival of the more powerful Mk.III, were already relegated to second-line duties at the time of the battle of El Alamein.