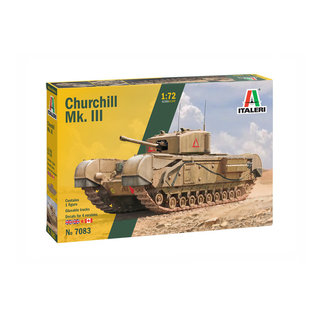 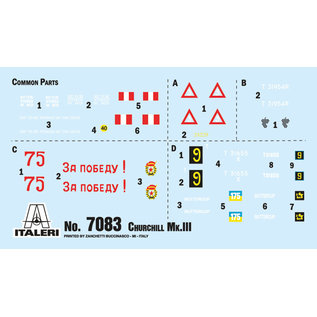 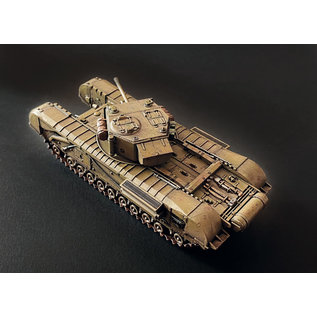 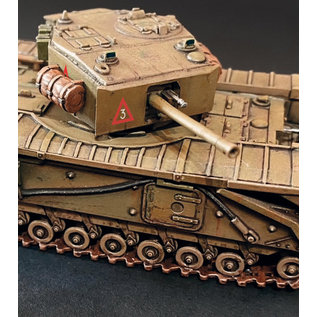 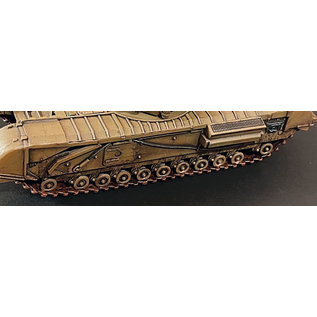 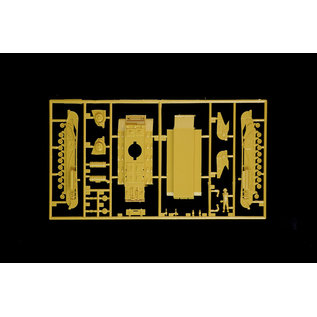 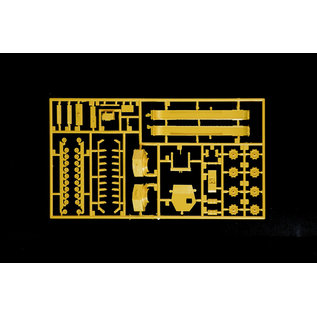 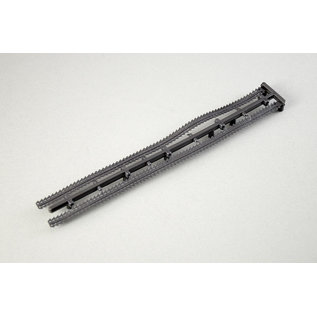 The Churchill medium tank came into service with the British Army in 1942 to support and replace the earlier Valentines, Matildas and Crusaders, which, by then, were all outdated and inadequate in terms of both armor and weaponry, easily falling prey to the more advanced German tanks. Equipped with thick armor and a reliable engine, it proved to be tough and dependable, later being produced in ever-more efficient, upgraded versions. Its chassis was also used as a platform for specialized support vehicles such as the mine clearer, the bridge layer and the flame-thrower.