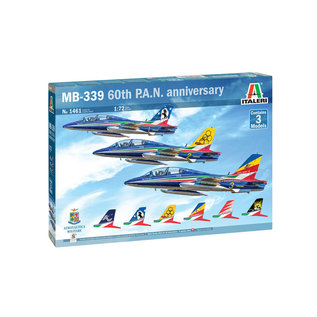 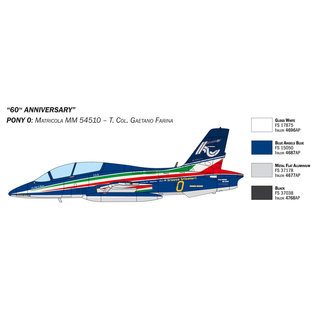 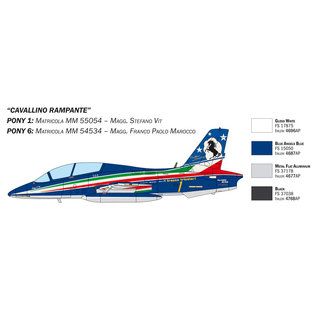 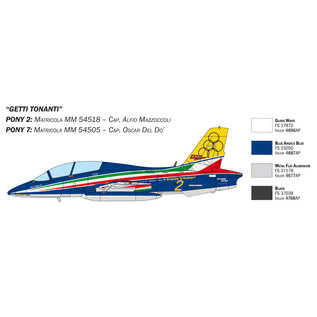 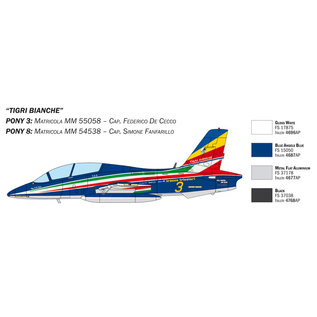 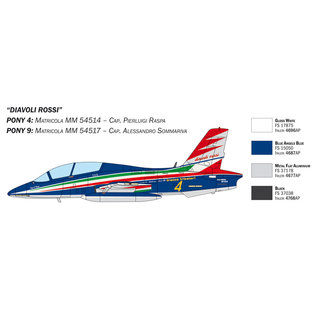 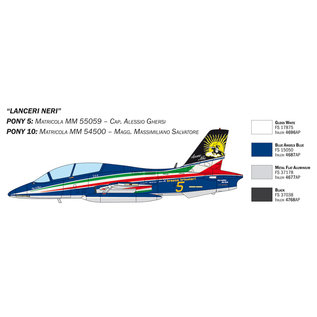 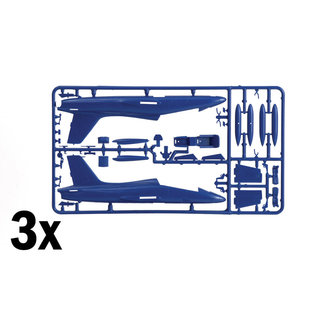 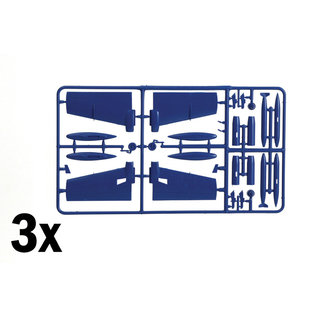 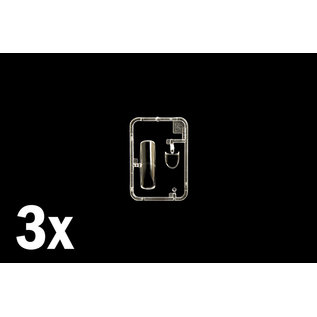 The 313th Gruppo Addestramento Acrobatico of the Italian Air Force, better known as  Pattuglia Acrobatica Nazionale "Frecce Tricolori”, is based at the airport of Rivolto, in the northern part of Italy. The 313th was officially born in 1961 as a very professional and highly specialized acrobatic unit with the purpose to represent, all over the World, the Italian Air Force. At the beginning the team has been equipped with the Canadair CL-13 "Sabre" and, after few years it has been replaced by the glorious Fiat G-91 PAN. Today the “Frecce Tricolori” flies the two-seat fighter-trainer Aermacchi MB 339 A and it is the biggest team , with more than 10 airplanes. In 2021 the P.A.N. foundation welcomed its 60th anniversary during which the “339” were displayed with commemorative liveries that celebrated the legendary acrobatic patrols of the Stormi in the 1950s.