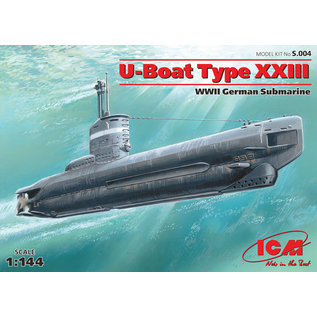 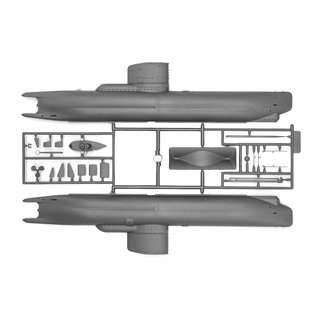 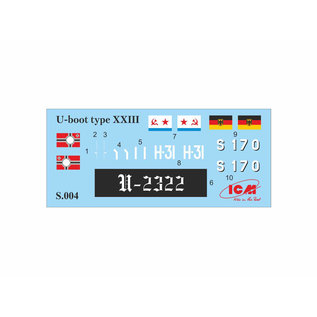 U-boats type XXIII were belonged to the new generation of Ger­man WWII submarines.

Projects of new types submarines were worked out in Germany from the end of 1942. Designers paid the main attention to increase of speed and range in the submarine position. It was achieved by the in­crease of accumulator capacity, electro-motors power and new type hull shape. There were provided installation of “Schnorkel” and per­fect hydro acoustic apparatus, and was reduced the level of mecha­nisms and screw noise. To the mid 1943 there were designed projects of «electric subs» – ocean type XXI and little coastal type XXIII.

Submarines type XXIII were built by line-section production. It was planned to build about 1000 units. The final assembling was made in Deutche Werft in Hamburg and Germania Werft in Kiel. The leading submarine U 2321 were delivered June 12, 1944. To the end of the war it were assembled 63 ships.