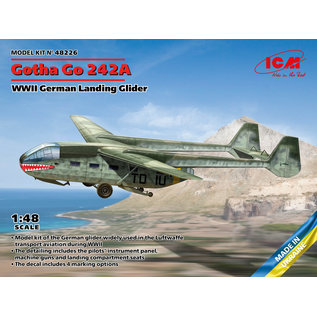 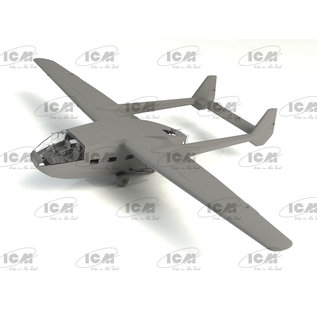 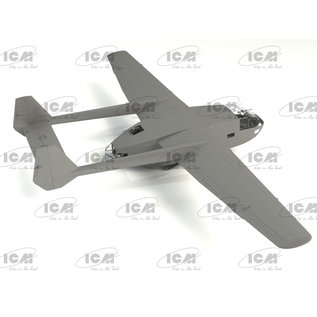 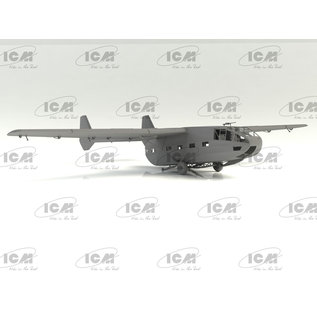 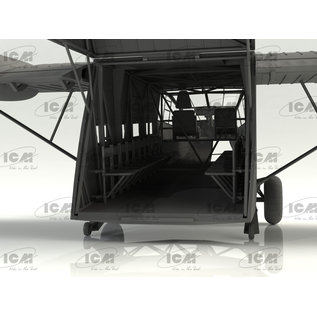 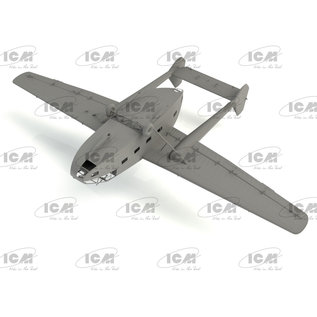 The Go 242A1 amphibious transport glider was designed to deliver military units to the rear
of the enemy. It could carry 21 fully equipped soldiers, and as a transport – military cargo,
for example, an army car or a field gun. The cargo compartment of the fuselage was made
of steel pipes, the wings were made of wood, the skin of the glider was made of fabric with water-resistant impregnation.
Loading was carried out through a hatch in the tail part of the fuselage. The rear location of
the hatch was convenient because if the glider collided with any obstacle during landing and
damaged its nose, the hatch remained intact, which allowed quick unloading in combat condi-
tions. Go 242A1 gliders, in addition to transporting personnel, were also used to supply troops on the Eastern Front and in North Africa.