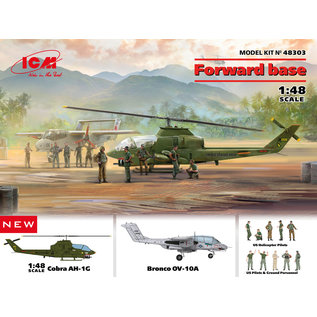 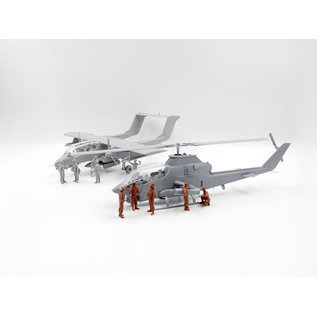 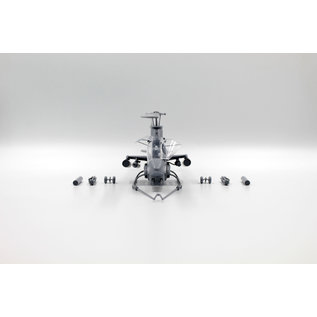 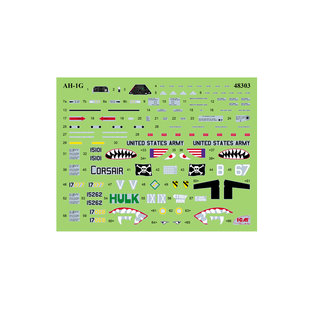 The intense nature of the fighting in Vietnam required a quick response from the aviation, which was involved in the direct support of the troops. Bronco light attack aircraft and AH-1G attack helicopters fully met these requirements. Thus, the OV-10A Bronco planes in a certain period of the war were able to reduce the time of approach to the combat zone to five minutes, and in many ways this was possible due to the location of airfields near the areas where hostilities were conducted. Airfields thus became advanced bases for strike aircraft. Initially, the OV-10A Bronco was used as a surveillance and guidance aircraft, but the lack of strong air defense by the enemy for some time allowed their use as light attack
aircraft. At the same time, the planes were inferior in maneuverability and accuracy of the impression of targets to helicopters, which, in turn, could be based on the same airfield as the Bronco. This was the case, for example, at the air base in Da Nang, also the OV-10A-equipped VAL-4 “Black Ponies” squadron was based on the same airfield with helicopters. Among the helicopters in Vietnam, the AH-1G Huey Cobra attack helicopters have proven themselves well. Demonstrating excellent survivability, they also had high firepower – it was not for nothing that the term “air artillery” was born in relation to attack helicopters. It should also be noted that the basing of airfields near the areas of hostilities significantly increased the danger of an attack on them, there were cases when the airfields were even hit by mortars and grenade launchers. Therefore, the Americans were forced to pay considerable attention
to the issues of protecting air bases.