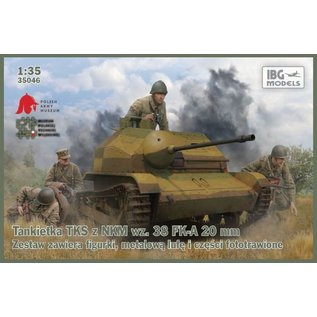 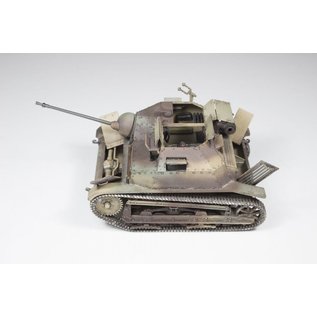 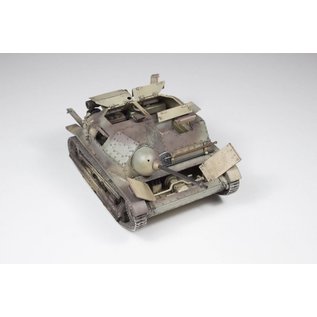 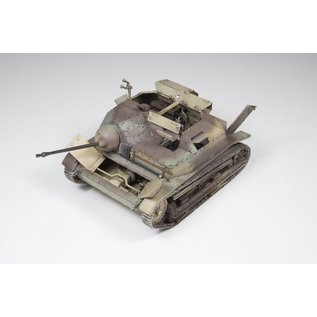 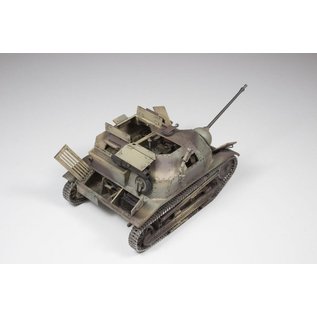 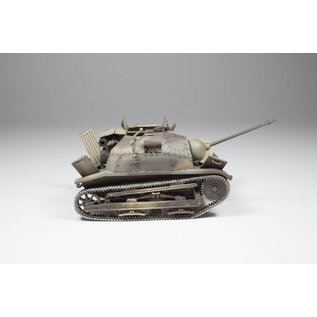 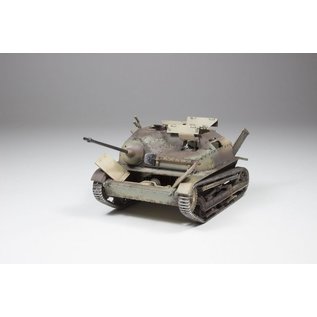 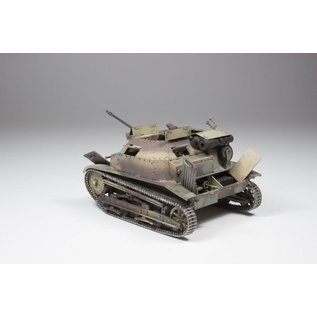 TKS was a Polish light reconnaissance tank (tankette), built and produced in the thirties. It was based on an older tankette design – the TK 3. The main improvements, compared to its predecessor, were: modified frontal armor shape, different engine, thicker armor plates, improved drive train and added commanders periscope. Serial production started in 1934 and the total of 280 tanks were produced. Initially TKS Tankettes were armed with a Hotchkiss wz. 25 machine gun. Just before the outbreak of World War II army command decided to change the armament to NKM (Heaviest Machine Gun) wz. 38 FK-A 20mm – this Polish gun has proven to be very effective against the German tanks during the September 1939 German invasion of Poland. Unfortunately only 23 of the upgunned TKS tanks made it to the front line, most of them were still armed with the Hotchkiss machine gun.
TKS Tank armed with the 20mm gun was also the vehicle of Polish Tank Ace – Edmund Roman Orlik, who destroyed 13 German tanks during the September 1939.