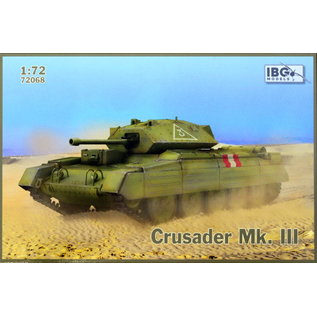 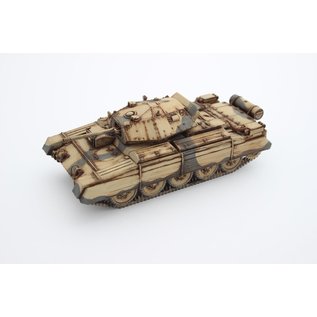 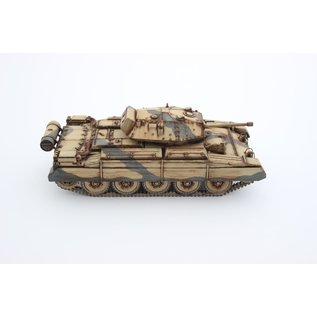 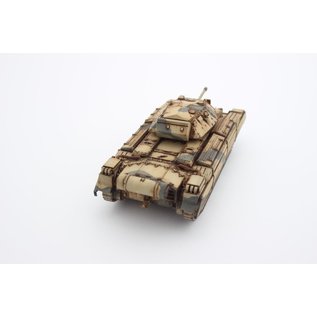 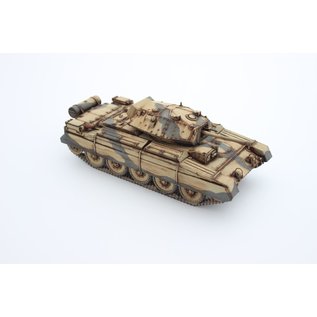 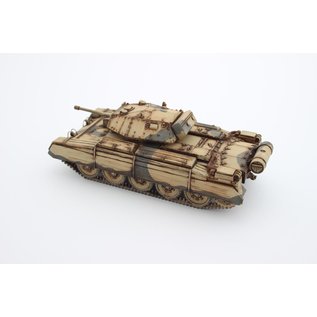 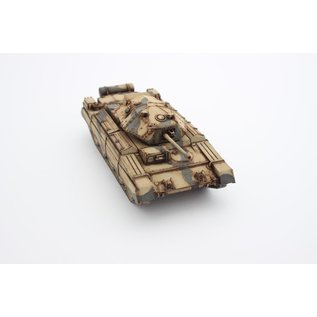 The British Cruiser Tank Mk. VI – the Crusader – was one of the primary British cruiser tanks in WWII with over 5000 produced. Crusader Mk. I entered service in 1941 and quickly proved to be too lightly armoured and under-armed. Mk. II version had a thicker armour and the final Mk.III version was upgraded with the 6 pdr gun (57mm) instead of previously used 2 pdr (40mm). The Mk.III version was a good match for the German Pz. IIIs and Pz. IVs encountered in the North Africa. Crusader tanks were used in combat only there, playing a vital role during the Battle of El Alamein. After the African campaign the Crusader chassis was used to create anti-aircraft, fire support, observation, communication, bulldozer and recovery vehicle variants.