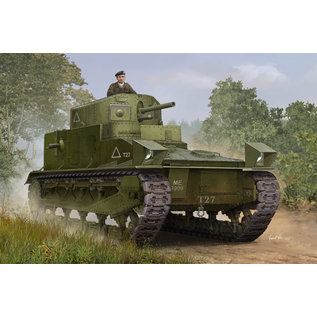 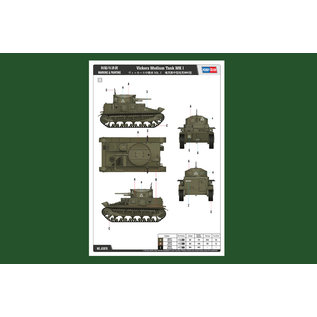 The Vickers Medium Mark I was a British tank of the period between the two World Wars built by Vickers. It  replaced some of the Mark V heavy tanks; together with its successor, the slightly improved Vickers Medium Mark II, it served in the Royal Tank Regiments, being the first type of the in total 200 tanks to be phased out in 1938.

The Medium Mark I was the first tank to see "mass" production since the last of the ten Char 2C's had been finished in 1921. Indeed, as of the next tank, the Renault NC27, only about thirty were built, the British Mediums represented most of the world tank production during the Twenties. They never fired a shot in anger and their performance in a real battle can only be speculated upon but as the only modern tanks in existence in the decade after the First World War they provided the British with a unique opportunity to test the many new ideas about mechanised warfare using real operational units. The knowledge thus gained would prove invaluable in the Second World War.