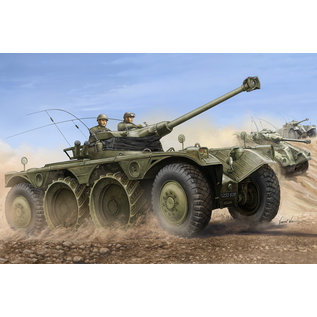 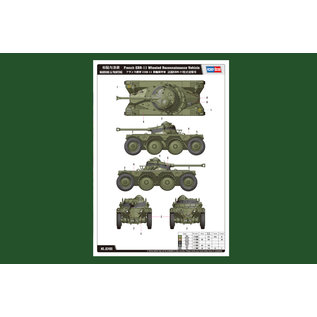 The Panhard EBR was a French armoured car produced from 1950to 1960. It is estimated that total production of the was1200 units.The armoured car was designed at the Atelier de Construction d'Issy-les-Moulineaux in 1946 to meet a requirement for an air-portable vehicle to support paratroopers, the first prototype ran from 1948. The uncommon two-part 'oscillating' turret is set to the rear of the vehicle and holds the commander and gunner. The original75 mmgun, modelled on the German L/71 Panther gun,and tires were bullet-proof .