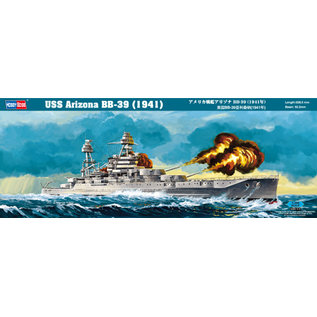 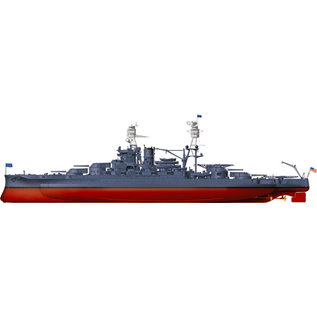 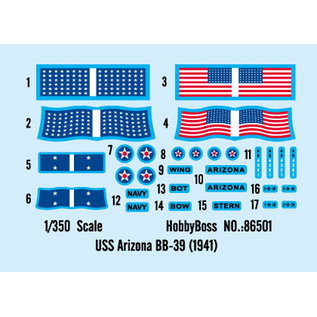 The USS Arizona was laid down on 16 March 1914 at the New York Navy Yard; launched on 19 June 1915; sponsored by Miss Esther Ross; and commissioned at her builder's yard on 17 October 1916, Capt. John D. McDonald in command.

Arizona was a Pennsylvania-class battleship of the United States Navy. The vessel was the third to be named in honor of the 48th state, though the first since its statehood was actually achieved. The USS Arizona is best known for her cataclysmic and dramatic sinking, with the loss of 1,177 lives, during the Japanese attack on Pearl Harbor on 7 December 1941, the event that brought about U.S. involvement in World War II.