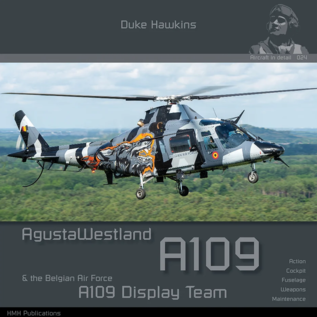 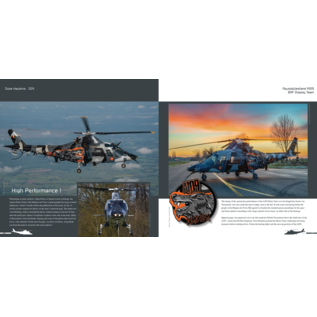 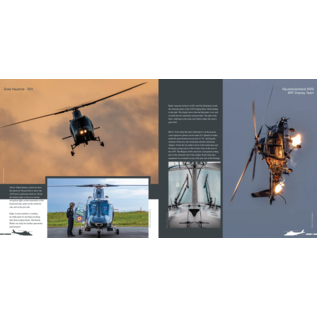 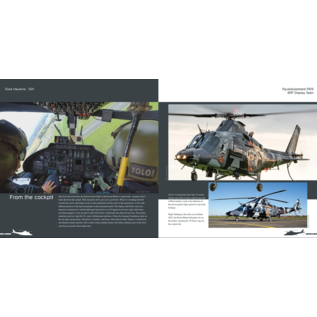 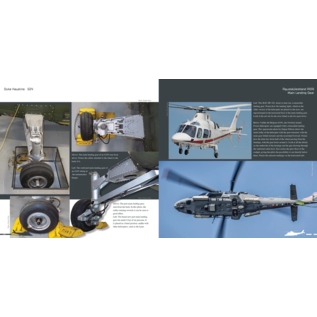 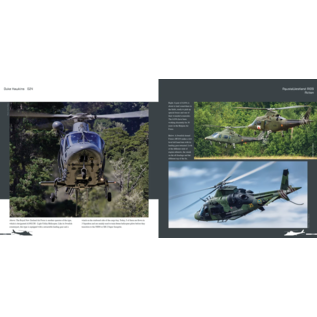 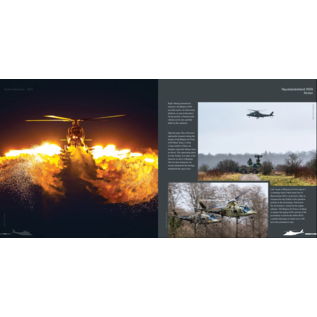 DH-024 is a 116 page book presenting the agile and elegant AgustaWestland A109 helicopter, whichwas made in close collaboration with the popular Belgian Air Force A109 Demo Team.

​The second part of this book brings you what you might have learned to expect from the Duke Hawkins books: A lot of action and close-up photos of every detail of the helicopter. We show you the entire fuselage, cockpit and cargo compartment, ...

​This book includes an extensive maintenance chapter, showing every internal detail, such as the engines, rotors, rotorshafts, avionics bays and much more. No detail is overlooked in this 116 page book. Action photos show the versatility of the compact and agile helicopter all over the world, from the wide lands of New Zealand to the riverlands of Africa !

This book brings is built up out of 2 major parts: an intense portrait of the popular Belgian A109 Demonstration Team “Razzle Blades” flown by Jo Jacobs and Stijn Soenens.We take you behind the scenes of the team, inside the cockpit during their display and along the crowd lines at airshows around Europe. Famous for their spectacular display, using flares and for their accessibility to the public, this book is also a tribute to everyone
who works on the AgustaWestland A109 in the Belgian Air Force.