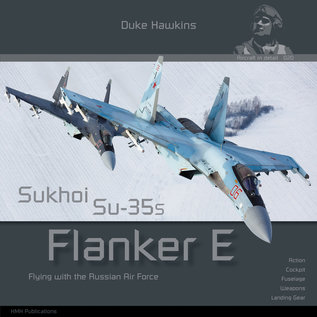 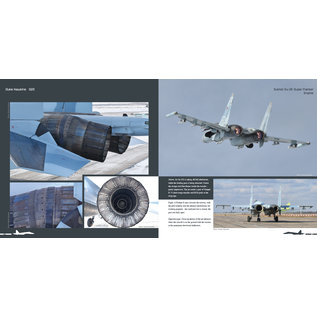 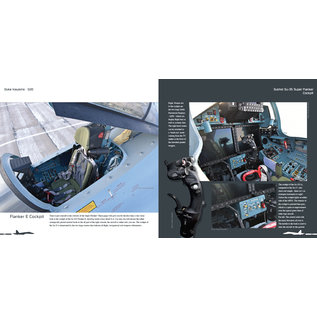 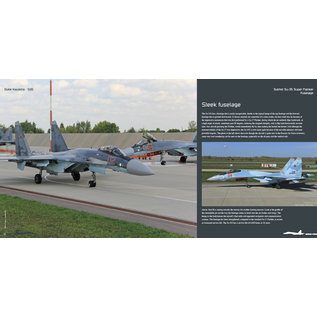 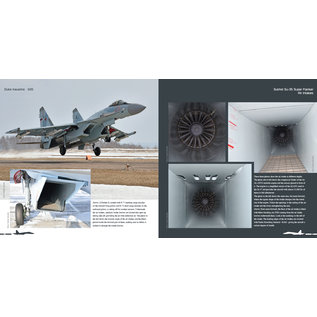 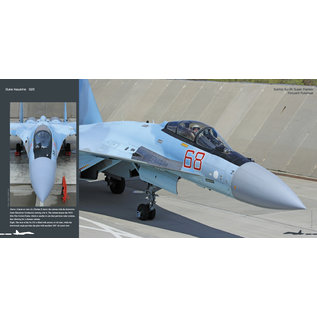 Creating a book on the Sukhoi Su-35S Flanker E, or Super Flanker, is something really special. It is one of the most modern fighter jets around and many parts of it have never been shown in close-up. The 4++ generation fighter might resemble its predecessor, the Su-27, a lot but it is in many respects a completely new aircraft: new engines, new cockpit, strengthened fuselage and wings and of course: thrust vectoring engine nozzles!

Hardly anyone has gotten this close to the impressive fighter, but it enabled us to make loads of interesting photos. The air intakes, for example, both on the outside and the inside, including the Radar Absorbing Material, which ensures a certain degree of stealth to the aircraft.

8 pages picture the cockpit of the Flanker E, which is dominated by two large Multi-Functionnal Displays. Being a HOTAS aircraft - Hands on Throttle and Stick - everything is designed is such a way that the pilot can concentrate on his primary mission.

Fuselage, landing gear, landing gear bays, wings, horizontal and vertical tails, ... every detail is included, ideal for scale modellers. For aircraft enthusiasts action photos and spectacular air-to-air photographs are included.
One of the special features of the aircraft, the thrust vectoring engine nozzles are show in great detail!