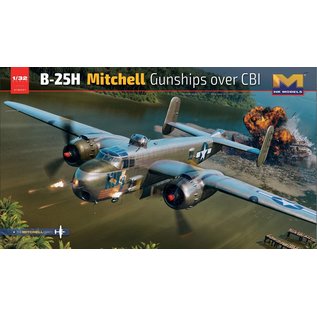 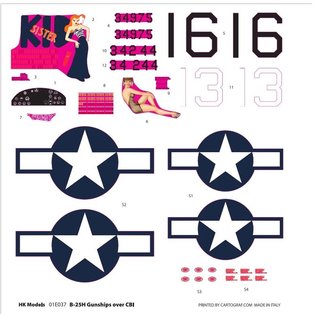 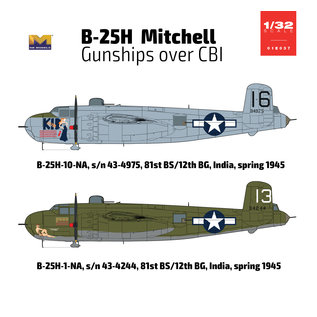 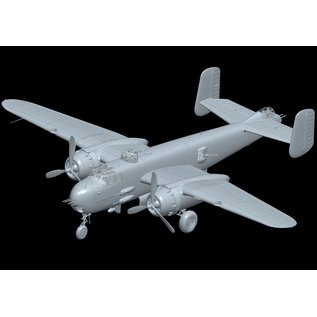 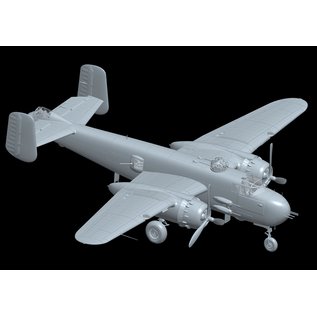 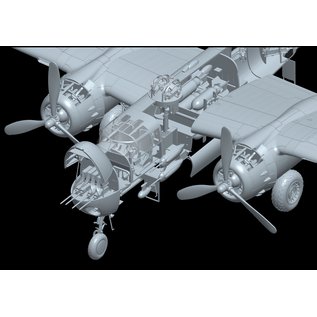 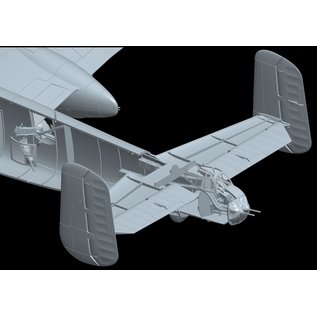 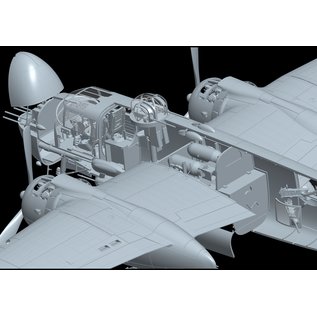 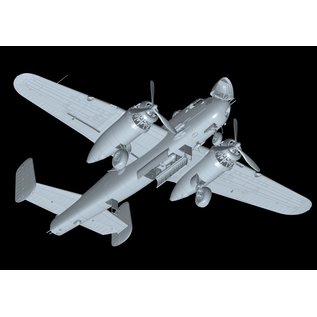 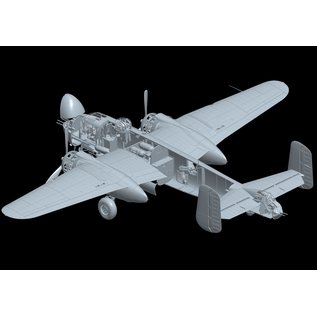 North American Aviation’s B-25 Mitchell was named in honour of Major General William Mitchell, widely regarded as the father of the United States Air Force. Two years after his death in 1936, the Air Corps issued Circular No. 38-385 which described the requirements for the next generation of bombers. These included the capability to carry 1,200lb of bombs for 1,200 miles, at a speed of at least 200mph. Companies who submitted their designs to meet this requirement, included N.A.A. Their proposal was for a twin-engine, medium bomber which was given the initial design number of NA-40. This design could be linked back to N.A.A.’s reasonably successful, but cancelled, NA-39 design of just two years prior. The NA-40 first flew towards the end of 1939, when the war in Europe was already underway. After numerous modifications and improvements that culminated in the design of the NA-62, the type eventually entered service in 1941, now designated as B-25 ‘Mitchell’. It was a close call though, as the NA-40 originally failed to win any orders back in 1939, and orders that were meant to materialise for France, never did due to competition. Whilst the B-25 was new to the production lines, a further, significant modification was made, replacing the constant dihedral of the wing to that of a slight anhedral, just outboard of the engines. This give the Mitchell its quasi-gull wing and removed flight instability.

There’s no doubt that the B-25 was a particularly robust and adaptable aircraft, even though the type was initially designated as a medium bomber with a glazed nose and manned rear gun (B-25C). It was capable of high- and low-level bombing, strafing, photoreconnaissance, and submarine patrol. The Mitchell saw service as a gunship in its B-25H incarnation, complete with heavy 75mm cannon armament in the nose, through to a version known as the ‘Strafer’ which packed a fearsome total of 8 guns in the nose, as well as four in forward facing pods which sat on the side walls, just below the cockpit area. With the subject of this HKM kit release, we see the B-25J version, which revisited its earlier medium bomber incarnation, which featured a glazed nose with defensive armament. Some B-25J aircraft were, however, modified back to the Strafer nose. The ‘J’ variant was the final production series type built, totalling 4,318 units out of a total B-25 production of 9,816. The B-25 served in every theatre of WW2, from the Asia-Pacific, the Middle East, the Mediterranean, and Europe, with the type continuing in service with nations such as Brazil, until around 1970. One of the most audacious missions of the war, the Doolittle Raid, provided an early morale boost for America, following the devastating attack on Pearl Harbour. In this instance, sixteen B-25B medium bombers attacked Tokyo, having taken-off from the carrier USS Hornet. The aircraft were stripped of unnecessary weight to allow them to take off from the relatively short floating runway.