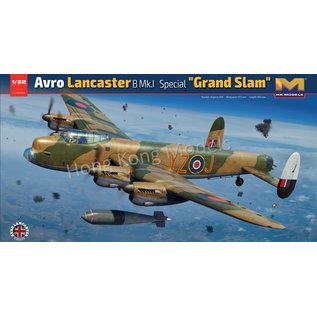 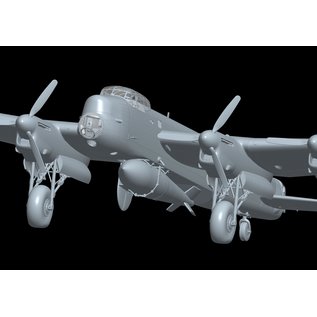 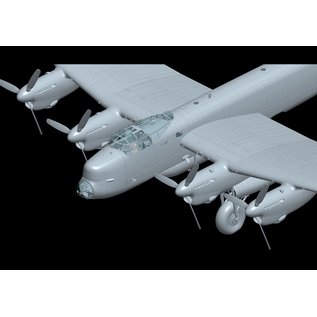 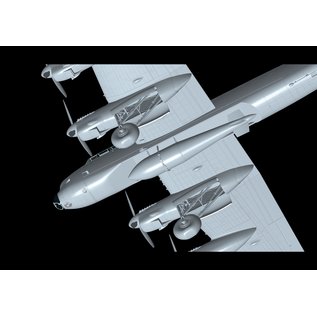 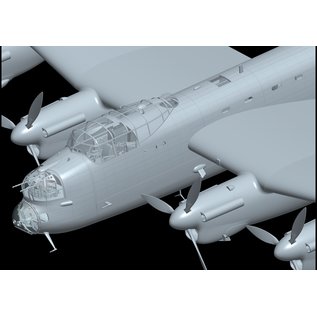 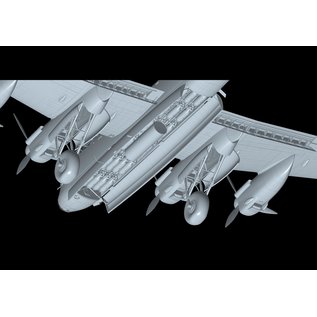 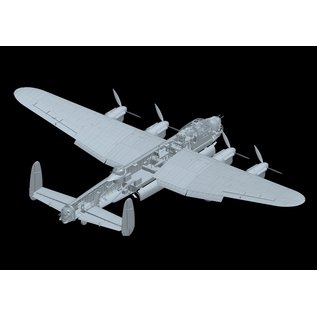 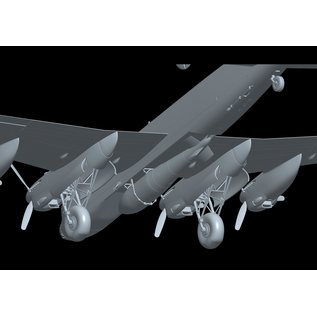 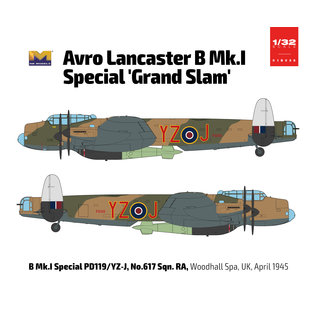 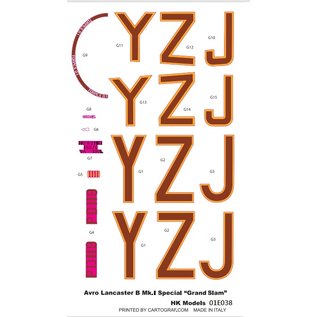 32 Aircraft were adapted to take first the super-heavy "Tallboy" and then "Grand Slam" bombs. Up-rated engines with paddle-bladed propellers gave more power, and the removal of gun turrets reduced weight and gave smoother lines. For the Tallboy, the bomb bay doors were bulged; for the Grand Slam, they were removed completely and the area faired over. For some Tallboy raids, the mid-upper turret was removed. This modification was retained for the Grand Slam aircraft, and in addition the nose turret was later removed. Two airframes (HK541 and SW244) were modified to carry a dorsal "saddle tank" with 1,200 imp gal (5,500 l; 1,400 US gal) mounted aft of a modified canopy for increasing range. No. 1577 SD Flight tested the aircraft in India and Australia in 1945 for possible use in the Pacific, but the tank adversely affected handling characteristics when full and an early type of in-flight refuelling designed in the late 1930s for commercial flying boats was later used instead.