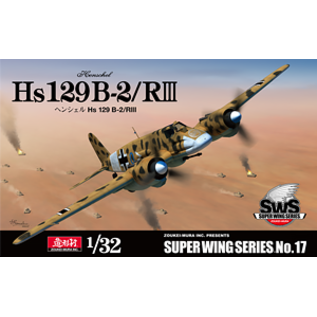 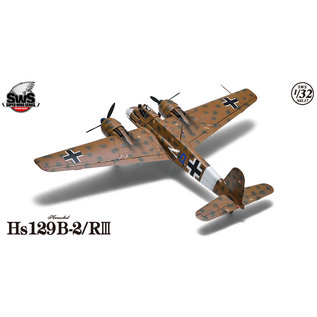 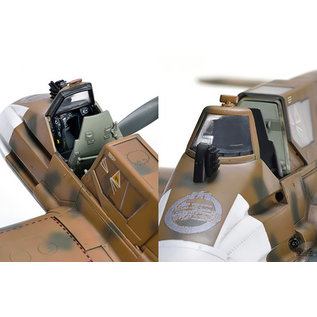 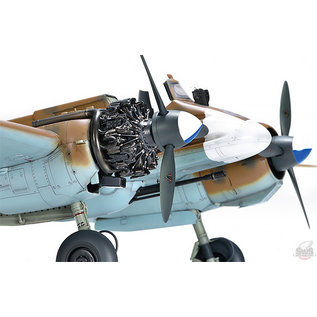 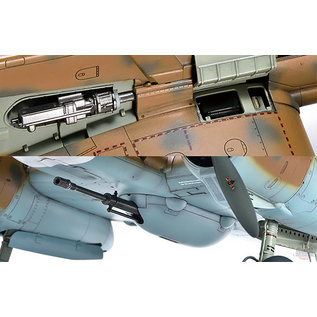 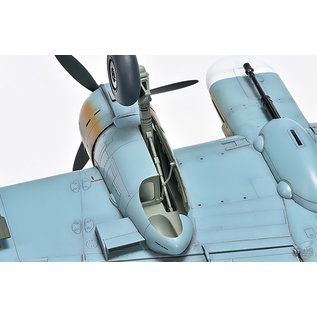 The Hs 129, feared as the "flying can opener" by the Allied soldiers, will finally be released as an impressive SWS kit in 1/32 scale!

The Henschel Hs 129 was mounted with powerful ground-attack weapons to destroy Soviet tanks in the Second World War. Designed specifically for ground attacks and known to be easy to service, the Hs 129 earned a high level of trust from its pilots. This kit brings you all the details of the structure and it function in a way that only heavily-researched SWS kits can.

Developed to be a heavily-armed ground-attack aircraft, the Hs 129’s standard armament consisted of two 20 mm MG 151 machine guns behind the cockpit and two 7.92 mm MG 17 machine guns mounted in the wing roots.
The underside of the fuselage could be equipped with various types of explosives or heavy-caliber weapons. This kit enables the replication of the Hs 129 B-2/RIII armed with a 30 mm MK 101 cannon and its 30-round drum magazine.

The Hs 129 was designed to be a compactly-sized ground-attack aircraft.
In particular, the B and later versions had a trapezoidal fuselage with straight wings, a textbook example of simplistic, sturdy design. With its closely-situated engine nacelles and cowlings, once can truly appreciate its functional beauty as a small twin-engine aircraft. This SWS kit pushes the limits to thoroughly replicate that functional beauty as a “miniature version of the real aircraft.” 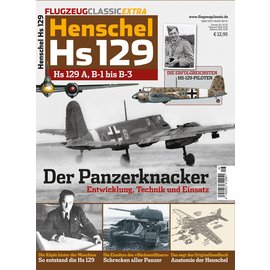