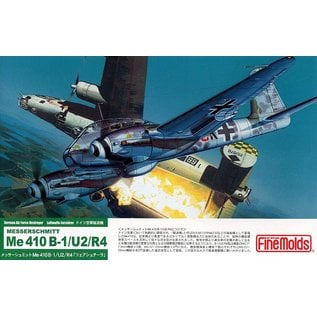 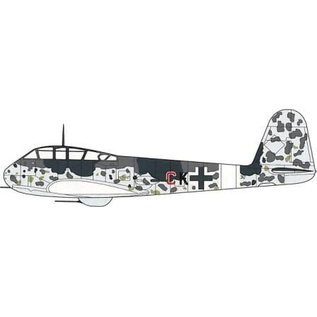 Originally developed by the Luftwaffe, the Me 410, which appeared as a successor to the Bf 110 and Me 210, which were called “destroyers,” is not only faster than conventional aircraft, but also has a margin in engine output. And, various derivative types were produced by utilizing the unique nose bomb bay space. From the middle of the war, when the air strikes of the Allied Forces became fierce, he engaged in anti-bomber interception battles, and the B-1 / U2 / R4 type became MG 17 / 7.9 mm machine gun x 2 and MG 151/20 mm machine gun x 2 on the nose. In addition, it appeared as a heavily armed type equipped with MG 151 / 20mm machine gun x 2 on each of the nose bomb bay and the underside of the fuselage. This powerful firepower attacked an enemy heavy bomber.