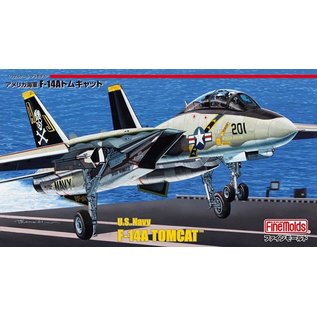 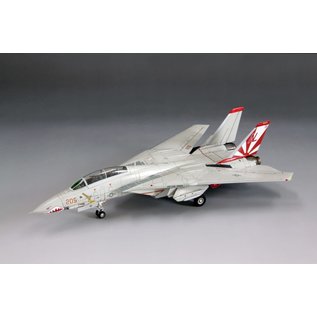 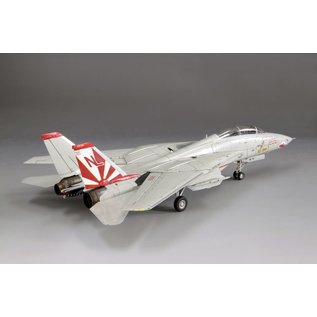 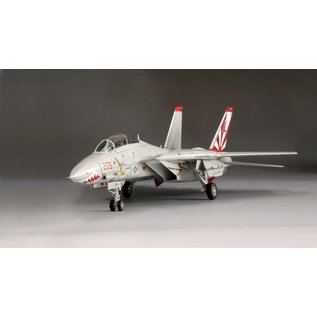 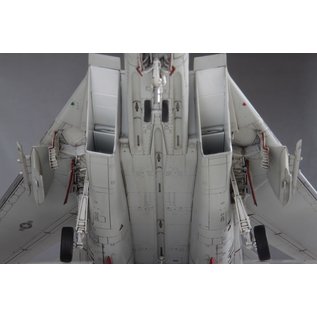 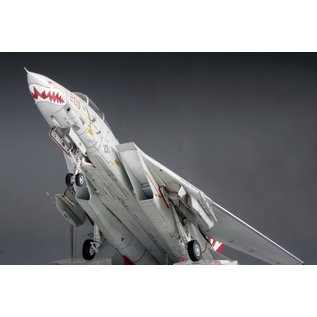 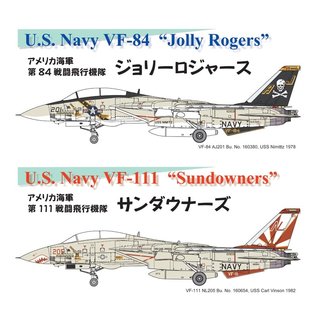 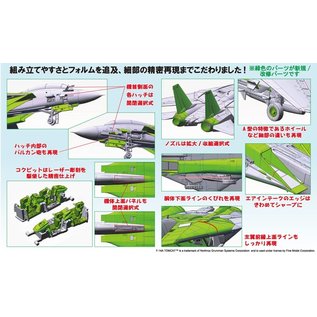 The F-14 Tomcat ™ is a double-seat, supersonic twin-engine jet carrier-based fighter equipped by the US Navy, featuring a unique fuselage shape for lift and variable wings. Deployed on aircraft carriers since 1974, it has been engaged in various purposes such as air superiority, fleet air defense, interception, and tactical reconnaissance equipped with reconnaissance pods as a main carrier-based fighter. As of September 2006, all aircraft have been retired from the US Navy.

1/72 scale F-14 Tomcat “A type” is now available with new molds added! The graceful aircraft line and details have been precisely reproduced. Furthermore, the external inspection doors of each part are openable and closable, and the inside is precisely reproduced. Marking can be selected from the US Navy 84th Fighter Squadron (VF-84) “Jolly Rogers” famous for Skull & Crossbone and the US Navy 111th Fighter Squadron (VF-111) “Sundowners” of the setting sun. ..