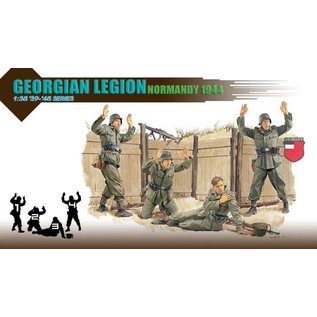 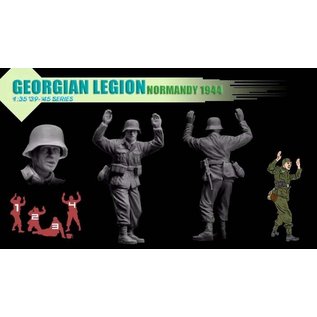 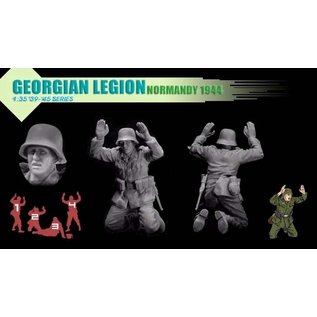 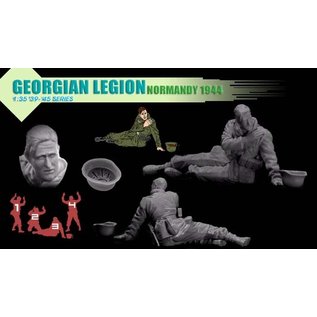 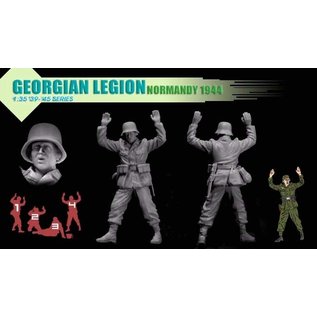 This four piece figure set features soldiers from the Georgian Legion who have been taken by surprise in an assault. Their trench system and positions are overrun, and there is no option left but to hold up their hands in surrender. Each is in a unique and lifelike pose.

For these soldiers the war is over, but for the modeler, there are boundless vignette and diorama possibilities!

At least 30,000 Georgians served in the Nazi armed forces. Serving in the 13 field battalions, each having 5 companies and up to 800-strong, of the Wehrmacht's Georgia Legion, Georgians were also found in the Wehrmacht's North Caucasian Legion and in other Caucasian ethnic legions.

The Georgian Legion was commanded by Major General Shalva Maglakelidze.

Across Europe, especially in Italy and France, many Georgian soldiers in the German Armed Forces deserted and joined local Resistance Movements.