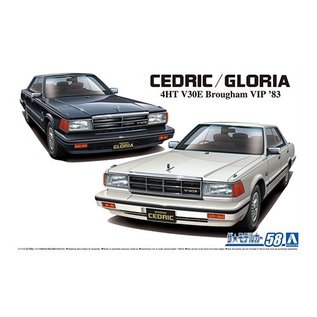 The Y30 model, which became the sixth generation Cedric and the seventh generation Gloria, was fully remodeled from the 430 series that had preceded it and made its debut in June 1983. The styling was mainly based on the straight lines from its predecessor, and the clean and neat form was very popular.Y30 attracted a great deal of attention because it was equipped with the first mass-produced V6 engine for Japanese cars, and a year later, the V30 Turbo Brougham VIP, in which a turbo was incorporated into the VG30 engine, was announced.