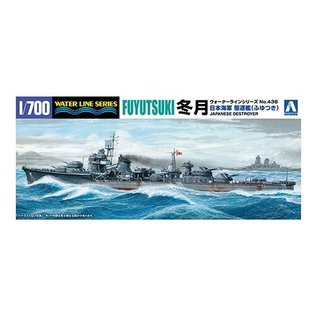 Fuyutsuki was built as the sixth of the Akizuki -class destroyers, but was strictly a quasi-identical ship with simplified construction.  After its completion, it was struck by lightning while sailing as a fleet escort and suffered a severed bow. After repairs, she participated in a suicide attack on the battleship Yamato and returned to Kure. Then she participated in air defense against air raids by U.S. ships, and after the war, she was engaged in minesweeping operations as a craft ship and was used as a breakwater.