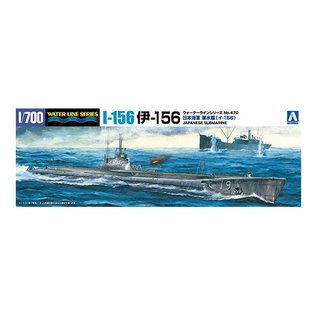 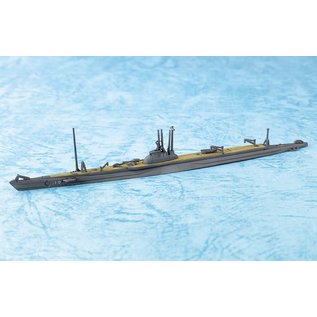 Under the Washington Naval Disarmament Treaty signed in 1922, the Imperial Japanese Navy was forced to drastically revise its plan for the 88th Fleet due to restrictions on the number of its main naval vessels.
Plans were made for the construction of large submarines capable of long-distance operations that could work together with seagoing vessels (1923 replenishment plan).
Of the five submarines believed to be Kai-Dai Type 3b, the "I-56" submarine was launched at the Kure Naval Arsenal in 1926, and was completed in March 1929.
In December 1941, she was part of the 19th Submarine Squadron and participated in the Murray Operation. In the trade destruction mission, she destroyed and sank six ships, including the Dutch cargo ship Hayiching.
In March 1942, she was renamed to the "I 156" submarine and participated in the Battle of Midway. After the battle, the submarine squadron was disbanded and operated as a training ship, but due to the worsening war situation, she was engaged in transporting supplies to the north after May 1943.
In April 1945, she was assigned to the 34th Submarine Squadron of the 6th Fleet, converted for the transport of the "Kaiten" suicide attack weapon, and engaged in launch training and transport operations, but
The war ended on 15 August in Kure harbor, and the ship was blown up off the Goto Islands by the U.S. military on 1 April 1946.