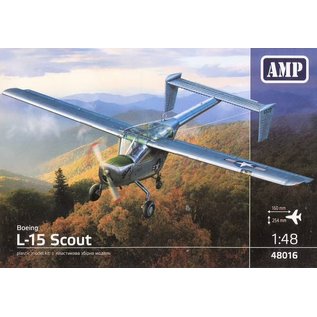 The Boeing L-15 Scout or YL-15 was a small, piston engine liaison aircraft built by Boeing in very small numbers after World War II. It was a short take-off and landing (STOL) aircraft powered by a 125 hp Lycoming engine. The L-15 was an attempt by Boeing to expand its product line as World War II drew to a close, and Boeing's production of combat aircraft declined. Boeing decided against marketing the L-15 as a general aviation aircraft, and the twelve that were produced went to the United States Army for testing, then were transferred to the United States Fish and Wildlife Service in Alaska for various duties.