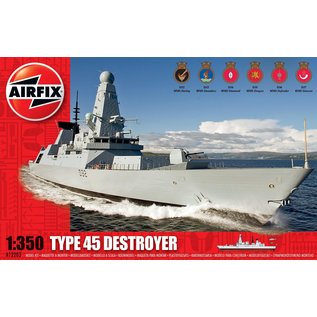 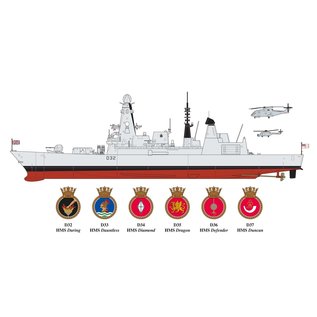 The Royal Navy’s destroyer, the Type 45 has the most distinctive design. Her sleekly designed straight edges and superstructure free from clutter is designed to give the ship a low radar cross section – commonly called stealth features. This is reported to give her a radar signal no larger than a fishing boat. Britain’s six Type 45 ‘Daring class’ destroyers are the most advanced escorts the nation has ever built. They are designed to shield a naval task force from air attack by using the Sea Viper missile system. Their Aster missiles can knock targets out of the sky over 70 miles away if required. The Type 45 destroyers are also capable of a range of other roles and will spend their commissions switching between them, often at short notice.