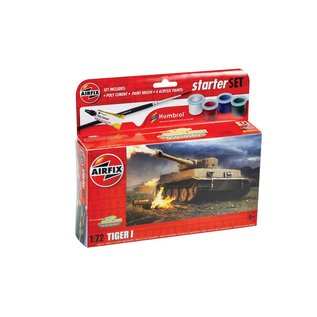 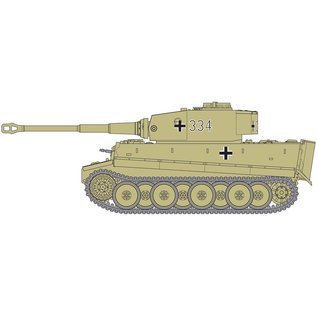 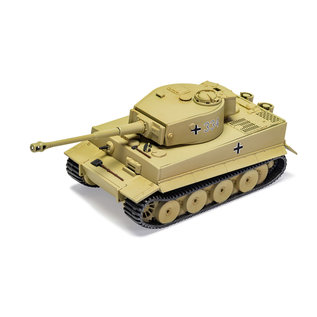 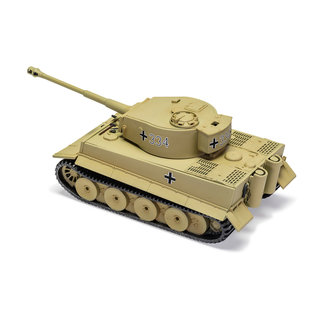 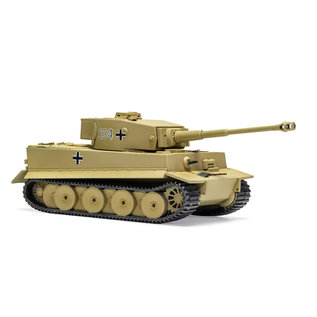 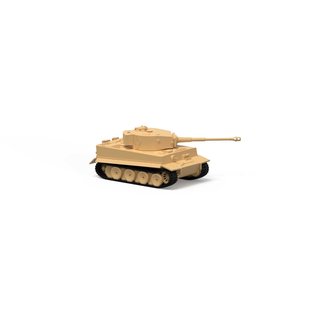 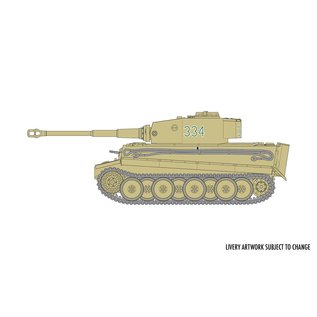 Even though the German Panzerkamfwagen VI Tiger heavy tank saw its combat introduction back in September 1942, it is still regarded as the worlds most famous tank design to this day. Possessing a fearsome combination of firepower, armoured protection and mobility, the 88mm gun mounted on the Tiger and its excellent sighting optics allowed it to engage enemy armour at extreme ranges and certainly well outside the range at which they could return fire. Indeed, during the first Tiger engagements on the Eastern Front, the most likely way that a Tiger would be destroyed was by the hands of its own crew, as they were desperate to avoid the possibility of one of these magnificent machines falling into the hands of the enemy. From the date of its introduction, the Tiger was the tank against which all other tanks would be judged and large numbers of Allied tanks and military vehicles would fall to its gun. Complete with painting guides, water-based acrylic paint, adhesive and a brush, this kit is a great start to anyone's model building career! To further extend the pure enjoyment Airfix can bring to so many, these new simpler to build and paint STARTER SETs are perfect for any beginner. This fantastic new model comes not only come with a more child-friendly build, but also easy to model tracks for the tank to sit on.