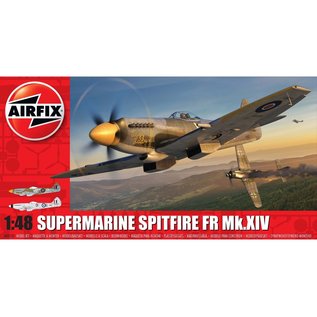 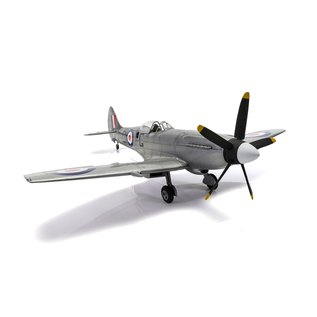 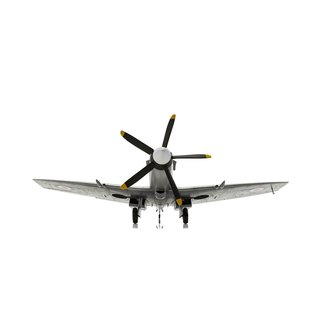 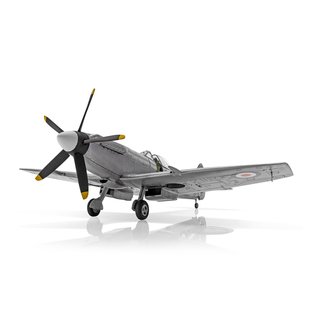 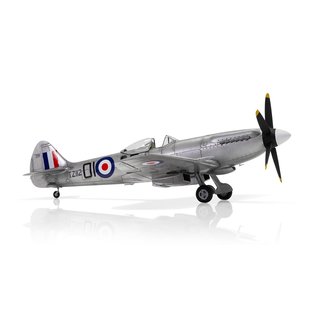 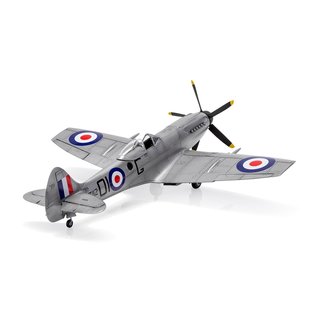 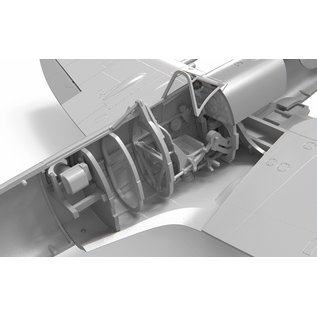 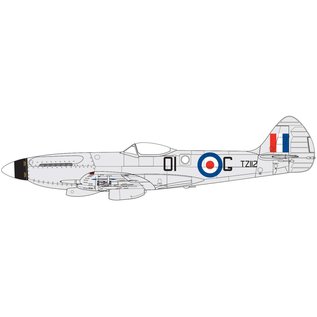 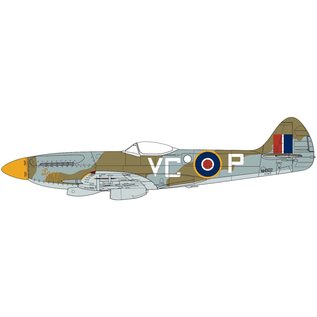 Continuing the wartime development of the famous Supermarine Spitfire, the Mk.XIV saw the classic shape of Mitchell’s celebrated fighter paired with the awesome power of the new Rolls Royce Griffon engine. The resultant aircraft was superb and one of the RAF’s most capable fighters of WWII, proving particularly successful when employed against the V-1 flying bomb attacks which Germany launched against southern Britain, from the summer of 1944.

The adoption of the Rolls-Royce Griffon engine provided the Spitfire with a significant increase in performance, but not without presenting Supermarine designers and pilots converting to the aircraft with a few challenges. Installation of the new engine in the existing Spitfire airframe required a redesign of both the front and rear sections of the aircraft and the use of a distinctive five bladed Rotol propeller. Pilots used to flying Merlin engined versions of the aircraft would find the Griffon turned in the propeller in the opposite direction and whilst the earlier aircraft tended to veer to the left on take-off, the Griffon powered machines would veer in the opposite direction – if the pilot forgot and applied their usual corrective inputs, their first flight could be a particularly short and uncomfortable one.

As the only British fighter type to remain in production throughout WWII, the Spitfire was constantly developed to ensure it remained at the forefront of fighter performance, with the Griffon powered aircraft being around 80 mph faster than the original Mk.I machines. With the purr of the early Merlin engines replaced by the throaty growl of the mighty Griffon, these later developments appear to be much more capable versions of the fighter than the classic early Spitfires, even though they are basically a development of them.

The Griffin powered Spitfire Mk.XIV possessed greater performance than that of the thoroughbred Mk.IX and therefore was superior to both the Luftwaffe’s Focke Wulf Fw 190 and the latest versions of the Messerschmitt Bf 109. Taking part in air operations in support of and in the months following the D-Day landings, the Mk.XIV was used extensively by the 2nd Tactical Air Force, equipping all 20 of the Spitfire Squadrons that operated from the continent in the months between D-Day and VE-Day. Employed predominantly in an armed reconnaissance role, these fearsome fighters would search for targets behind German lines, attempting to disrupt both their retreat and their ability to send reinforcements to the current front line. Their speed also made them an ideal aircraft to help counter the growing Doodlebug threat endured by southern Britain in the months following Operation Overlord and the D-Day landings.