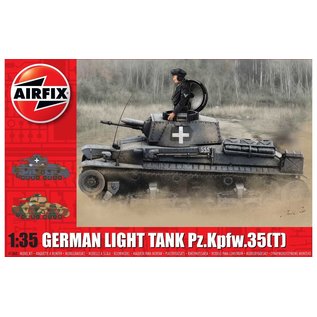 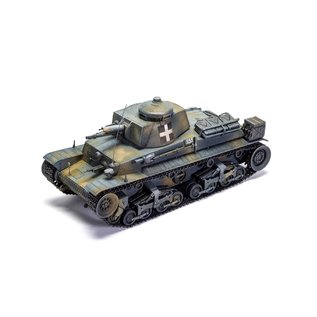 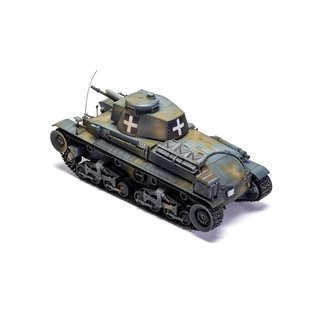 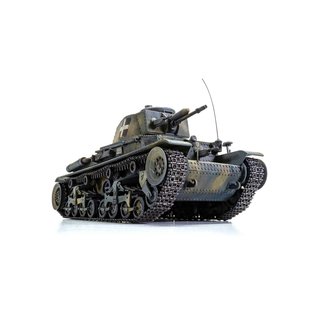 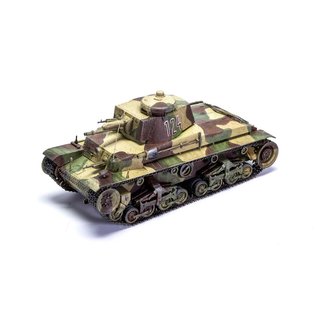 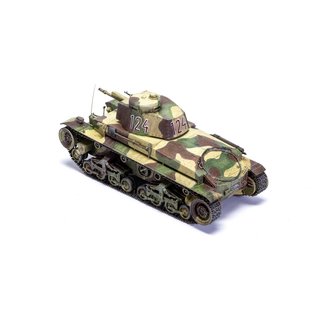 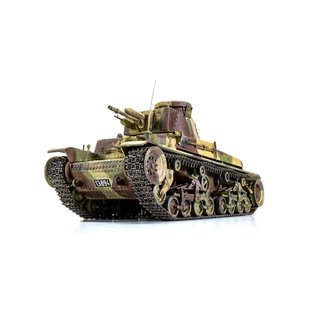 The Panzerkampfwagen 35(t), commonly shortened to Panzer 35(t) or abbreviated as Pz.Kpfw. 35(t), was a Czechoslovakian designed light tank used mainly by Nazi Germany during World War II.  The letter (t) stood for tschechisch (German: "Czech").  In Czechoslovakian service it had the formal designation Lehký tank vzor 35 (Light Tank Model 35), but was commonly referred to as the LT vz. 35 or LT-35.
A total of 434 were built; of these, the Germans seized 244 when they occupied Bohemia-Moravia in March 1939 and the Slovaks acquired 52 when they declared independence from Czechoslovakia at the same time.  Others were exported to Bulgaria and Romania. In German service, it saw combat during the early years of World War II, notably the invasion of Poland, the Battle of France and the invasion of the Soviet Union before being retired or sold off in 1942; the fighting in Russia having exposed the vehicle's unsuitability for cold weather operations and general unreliability.  This weakness, in addition to their thin armour and inadequate firepower, resulted in the 6th Panzer Division being re-equipped with other more powerful German tanks on its withdrawal from Russia in April 1942.