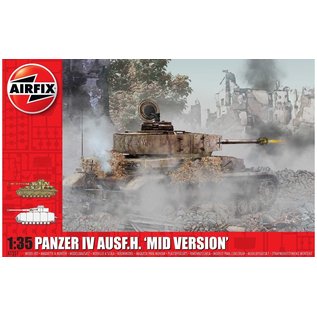 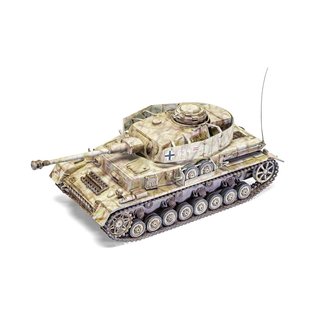 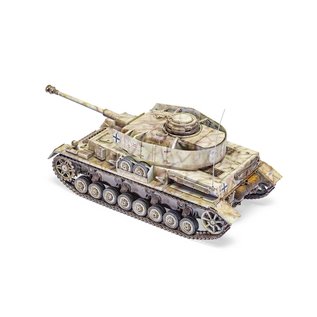 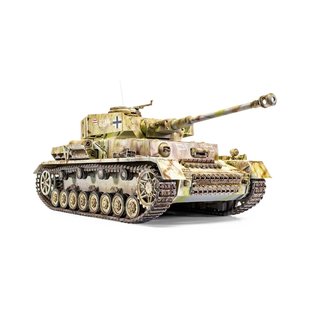 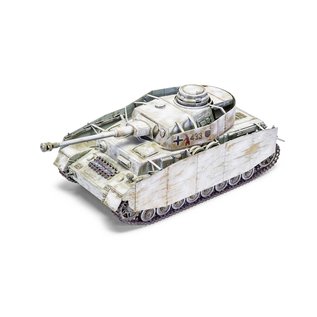 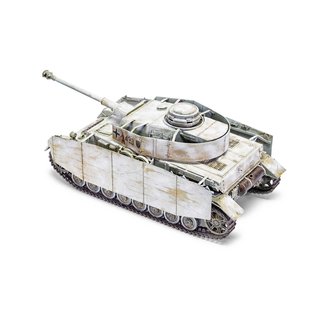 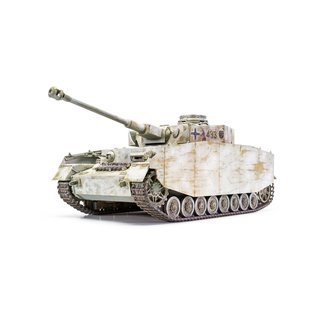 The German medium tank Panzerkampfwagen IV was developed in the late 1930s and was used extensively during WWII. The production of the Panzer IV Ausf. H started in June 1943. This version was designated the Sd. Kfz. 161/2. Compared to the previous variants, this model had Zimmerit paste on all the vertical surfaces of its armour in order to prevent adhesion of magnetic anti-tank mines. The turret roof was reinforced from 10mm to 16 and 25mm segments. 5mm hull skirts and 8mm turret skirts were added for further protection, which resulted in the elimination of the vision ports on the hull side. Later the hull was also fitted with triangular supports for the easily damaged side skirts. Along with some other modifications, these additions to the design increased the tank's weight to 25 tonnes, and the maximum speed dropped to 16 km/h on cross country terrain.