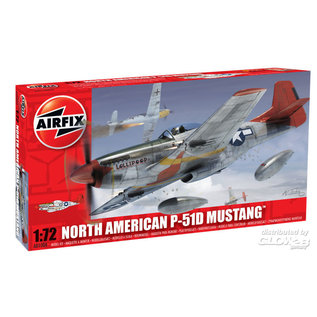 The Mustang was among the best and most well-known fighters used by the U.S. Army Air Forces during World War II, appearing in action in just about every theatre. Over 8,000 were built and the P-51D arrived in quantity in Europe in the spring of 1944, becoming the USAAF's primary long range escort fighter. The versatile Mustang also served as a fighter-bomber and reconnaissance aircraft. Few Luftwaffe aircraft could match the P-51D, and by the end of the war, Mustangs had destroyed 4,950 enemy aircraft in the air, more than any other USAAF fighter in Europe.