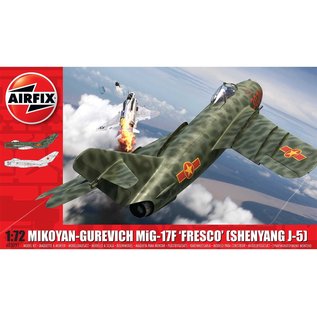 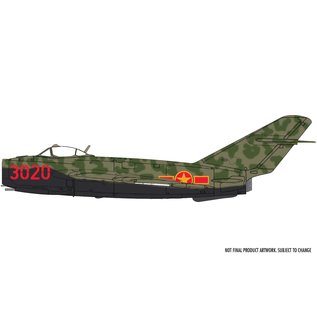 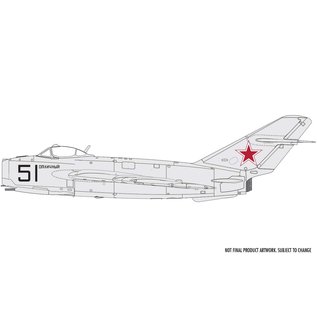 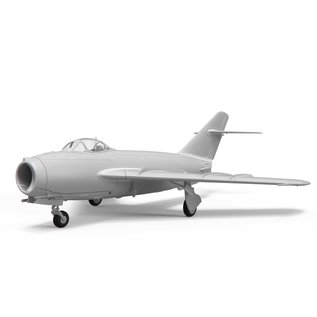 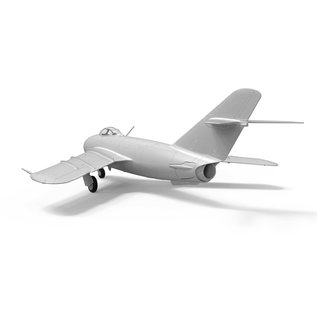 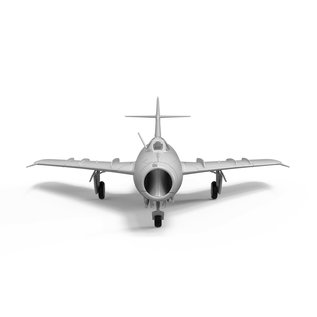 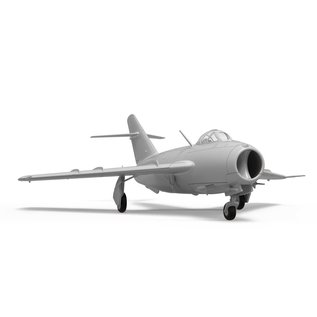 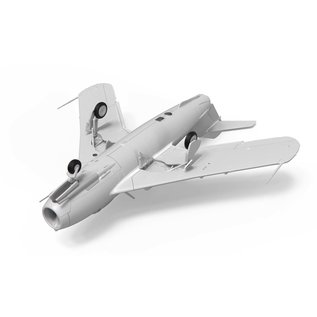 The end of the Second World War saw the victorious Allied nations desperately attempting to secure details of German jet technology and high speed research data, information which could be applied to their own jet projects. Using this information and engine technology obtained from Britain, the Soviet Union introduced the diminutive Mikoyan-Gurevich MiG-15 in 1949 one of the most capable of the early jet fighters and even as this aircraft was proving effective during the Korean War, the Soviets were already working on its successor. The larger and faster Mig-17 Fresco may have given the appearance of being nothing more than a larger incarnation of its predecessor, however, this was in fact a completely redesigned aircraft, incorporating many improvements over the MiG-15 and a significant upgrade in Soviet jet capability. The MiG-17 was designed to perform the role of bomber killer and was never intended as a dogfighter, however its exceptional agility would allow this aircraft to score combat victories over much heavier and more modern American designs. Dismissing the aircraft as nothing more than an upgraded MiG-15, the Vietnam War proved to be something of a sobering experience for the US Air Force, as some of their most modern aircraft would fall victim to the guns of the MiG-17, even though this had itself been superseded by more modern designs. Lighter and much more manoeuvrable than the US aircraft, the subsonic MiG-17 would claim victories over such aircraft as the F-105 Thunderchief and McDonnell Douglas Phantom, which would result in the US developing new agile air superiority fighters, in the years immediately following the end of the conflict. Possessing both excellent performance and being easy to maintain, the rugged MiG-17 was produced in large numbers and became the standard Warsaw Pact fighter from the mid 1950s and for the next decade, with aircraft produced under licence in both China and Poland. An extremely cost effective aircraft, it was an attractive fighter option for many of the worlds smaller air forces and more than thirty overseas nations would eventually operate the type. Perversely, for a nation against which the MiG-17 was designed to combat, America would become home to significant numbers of these aircraft, most coming into the hands of private collectors, but a small number used in dissimilar aircraft trials and to perfect combat techniques against smaller, more agile jet fighters. Two beautifully restored examples have also been popular display performers on the US Airshow circuit over the years.