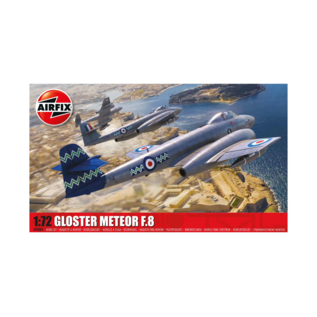 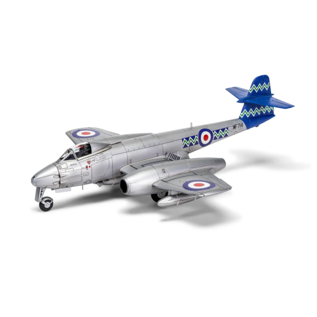 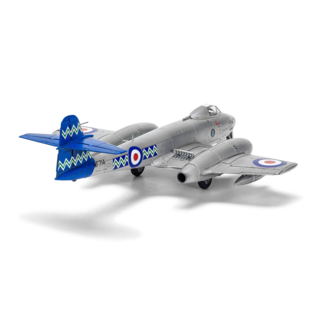 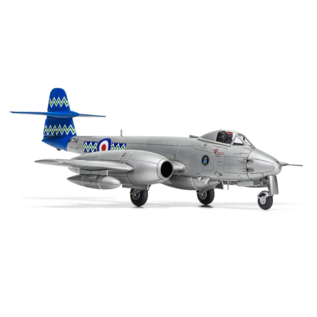 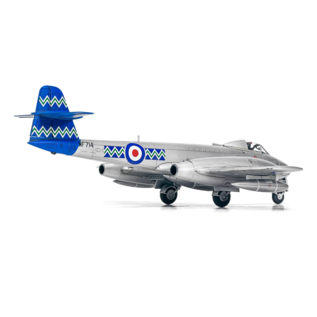 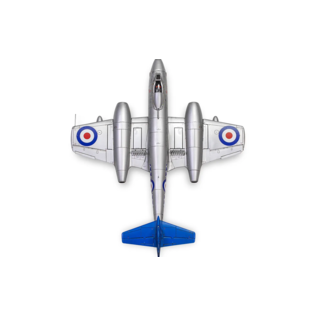 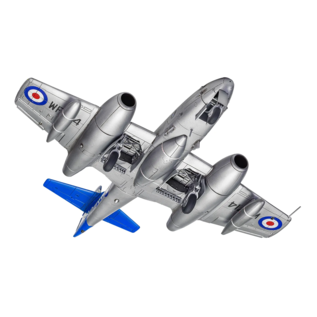 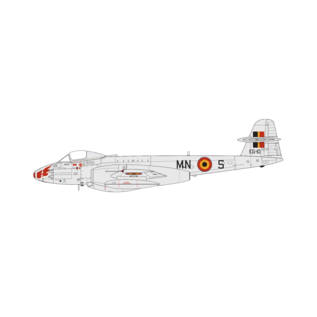 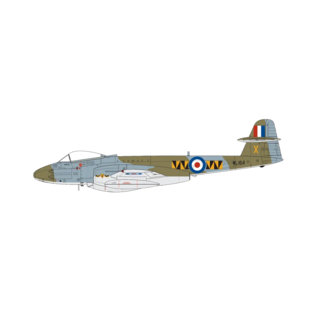 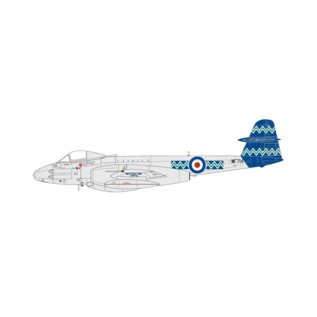 As the world watched in awe as the first jet powered aircraft appeared in the skies over Europe towards the end of WWII, capable of attaining speeds over 100 mph faster than the latest piston engined fighters, it is interesting to note that development work on jet propulsion actually started in the 1930s, with engineers in both Britain and Germany searching for the next generation of engine power. Indeed, the first flight of a turbojet powered aircraft actually took place just days before the outbreak of the Second World War, however, conflict would necessitate the production of thousands of aircraft powered by existing piston technology, so jet powered advancement proved to be relatively slow. In Britain, brilliant engineer Frank Whittle produced a viable turbojet engine and when the powerplant was installed in the Gloster E28/39 Pioneer for its first flight on 15th May 1941, it became the first British jet powered aircraft to fly - the race was now on to produce the first jet fighter for the Royal Air Force.

Conducted under the strictest security, the Gloster Aircraft Company prepared their new twin engined jet fighter for flight testing, but on test flight days, all non-essential personnel would be dismissed from the airfield and local police would close the surrounding roads to stop prying eyes discovering this closely guarded aviation secret. If anyone did catch a glimpse of this strange new aircraft in the air, they would have no doubt wondered where the propellers were and why did it sound so strange? By the summer of 1944, the secret was out and as No.616 Squadron prepared to take the Gloster Meteor F.1 to war from its base at RAF Manston, the Royal Air Force had their first jet fighter and a new era for British aviation had begun.

Britain's first jet fighter was still quite a primitive design and the reason it proceeded as a twin engined aircraft was down to the fact that these early jet were not overly powerful and rather slow to respond to the pilot's power input requests, so the use of two engines seemed practical. The view from the cockpit was however superb, with no propeller to obscure the pilots view and plenty of power available once the aircraft was up to speed. Undergoing almost constant development, the early marks of Meteor were all based around the first aircraft to enter service, however, the service arrival of the F.8 variant in 1950 saw the Meteor maturing into a truly exceptional early jet, one which would not only see service with the RAF, but also with several other air arms across the world. Slightly longer than its predecessors, the F.8 featured uprated engines, greater fuel capacity and the inclusion of an ejector seat. To counter some instability issues discovered during development, the new aircraft also featured a redesigned tail unit, something which really serves to identify this later mark of Meteor.

For five years following the squadron introduction of the Meteor F.8, the aircraft formed the backbone of the RAF's fighter defence force, a jet powered equivalent to the Spitfire's which patrolled Britain's skies during the Battle of Britain just ten years earlier.