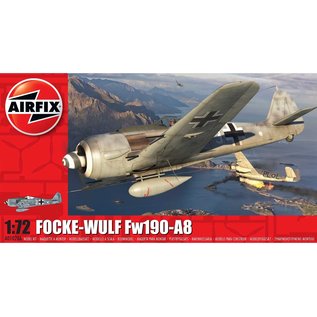 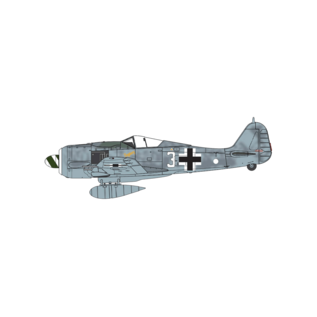 First flying in 1939, the Focke-Wulf Fw190 proved to be an immediate threat to RAF fighters when introduced in late 1941, being faster and more manoeuvrable than the Spitfire V then in service. This A-8 version was the most numerous and heavily armed variant, which entered service in 1944, as an attempt to stop the Allied daylight raids. However, by then the new Allied fighters had begun to outclass it.

With a lasting legacy and impressive service history during it's life, the Focke-Wulf Fw190 is a must-buy if you're after something varied yet eye-catching for your Airfix range. Measuring at 125mm and complete with sprues, decals and a one-of-a-kind livery scheme, who can resist bringing this aircraft home today to complete their collection!