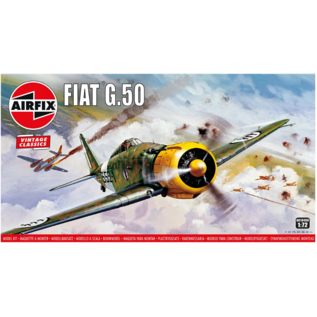 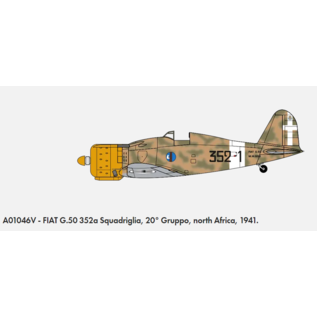 The Regia Aeronautica are regarded by many as operating some of the most attractively presented aircraft of the Second World War, even though some of those machines are perhaps not as well known as those operated by other nations. Marking the transition between biplane and monoplane technology, the Fiat G.50 is an important aircraft in Italian Air Force history and was their first low wing, all metal single seat fighter. It was also the first Italian fighter to feature a retractable undercarriage and an enclosed cockpit, although this feature was later altered, as it was not popular with pilots. Early versions of the G.50 fighter were hampered by a lack of range and when around 50 aircraft were sent to take part in the latter stages of the Battle of Britain, they found themselves outclassed by the Spitfires and Hurricanes of the Royal Air Force.

The Fiat G.50 would be used extensively in North Africa and throughout the Mediterranean Theatre, where in the hands of a competent pilot, it could give a very good account of itself in combat. Used in the air superiority and bomber escort roles, the aircraft would also be used successfully for ground attack operations, where its rugged construction and low altitude performance came to the fore. By late 1942, the G.50 had been outclassed by its Allied opposition and remaining aircraft were relegated to second line duties and training support roles.