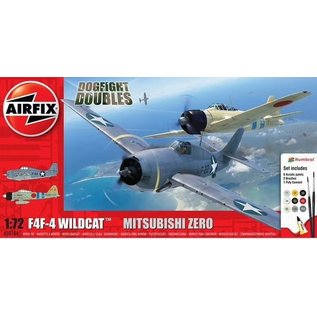 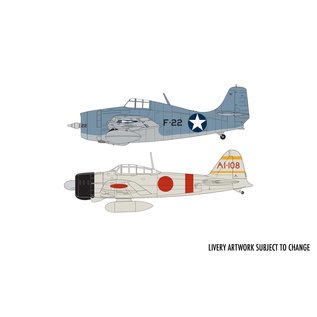 As the US Navy fought back in the aftermath of the Pearl Harbor attack, the diminutive F4F Wildcat was forced into combat against the Mitsubishi Zero, one of the worlds most successful naval fighters. With US pilots quickly learning not to dogfight with their agile opponent, the rugged Wildcat effectively held the line in the Pacific until the war winning F6F Hellcat could be introduced. Grumman Hellcat and Grumman F4F-4 Wildcat are trademarks of Northrop Grumman Systems Corporation