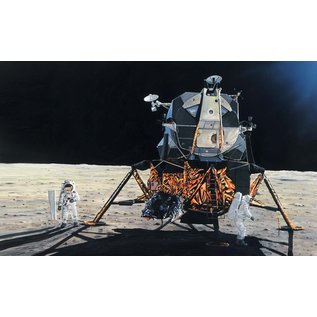 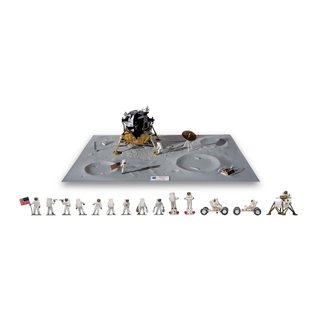 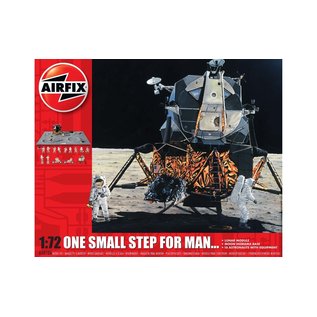 July 21st 1969 Man takes first steps on the Moon American Neil Armstrong became the first man to walk on the Moon. The astronaut stepped onto the Moon's surface, in the Sea of Tranquillity, at 02.56 GMT, nearly 20 minutes after first opening the hatch on the Eagle landing craft. Armstrong had earlier reported the lunar module had landed safely at 20.17 GMT the day before, with the words: "Houston; Tranquillity Base here. The Eagle has landed".

As he put his left foot down first, he made the iconic announcement "That's one small step for man, one giant leap for mankind", which he said came to him without planning it ahead! He then went on to describe the surface as being like powdered charcoal and the landing craft only left a small indentation on the surface. The historic moments were captured on television cameras attached to the Eagle and were switched on by Armstrong himself. He spent the first few minutes on the surface taking photographs and soil samples in case the mission had to aborted suddenly. He was joined by his colleague Edwin 'Buzz' Aldrin at 03.15 GMT and the two collected data and performed various exercises - including jumping across the Moon landscape - before planting the Stars and Stripes American flag at 03.41 GMT.

They also unveiled a plaque bearing President Nixon's signature and an inscription reading: "Here men from the planet Earth first set foot upon the Moon July 1969 AD. We came in peace for all mankind". Subsequent missions brought more advanced equipment and the gift set gives the opportunity to model a number of those up to the last - Apollo 17 in December 1972.