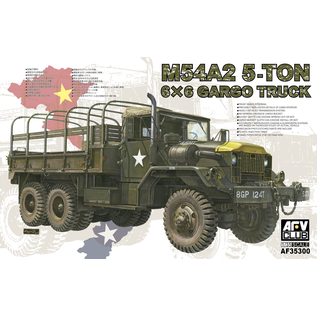 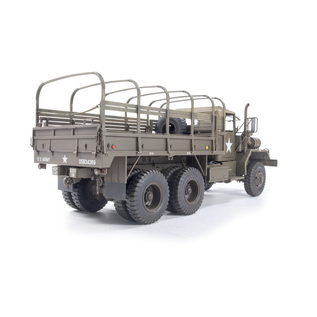 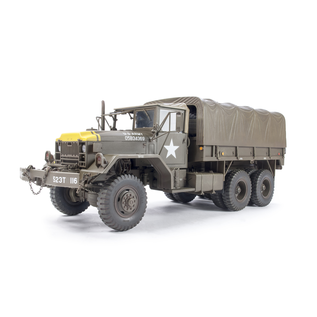 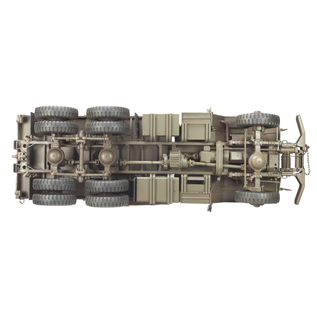 During WWII, the United States had both 4- and 6-ton class tactical transports for towing the 155mm howitzer and 90mm cannons. In order to simplify logistics the US Army wanted to replace both with a new 5-ton six-wheeled platform prior to the end of the war. To that end it issued a specification for a new 5-ton tactical transport capable of carrying 25 personnel including the driver. A conservative design by International Harvester designated M39 won the bid. The M39 was a six-wheeled platform that shared it’s gasoline engine and other components with the M35 2.5 ton transport. Later on in development it was re-designated the M54 with the addition of two more wheels per rear axle.

With the M54 chassis established as the basic platform other related variants were developed. In 1962 came the M54A1, in which a diesel engine replaced the gasoline-powered engine solving its power deficiencies. In 1963, further development of a multi-fuel powered version culminated in the M54A2, which went into production and entered service in Viet Nam. During its tenure in the conflict, the M54 became the backbone of logistics for both the US Army and US Marine Corps. Until de-mobilized M113 armored troop carriers were utilized, machine guns and armor plating were added to the M54A2 for convoy defense.

Due to it’s increased efficiency the M39 gradually replaced with the M35 series transport. The M39 was in production from 1952 to 1965 by several different manufacturers. Thus, there are many differences with regards to external features based on both the time period and specific manufacturer. Furthermore, in 1970, the M809 (also 5-ton class with all terrain capability) was developed using the M54A2 as a base. It adopted diesel as its source of power complemented with a strengthened braking system. The M809 did not, however, replace its predecessors. The two types served concurrently in the military until their replacement by the M939 series in 1982.