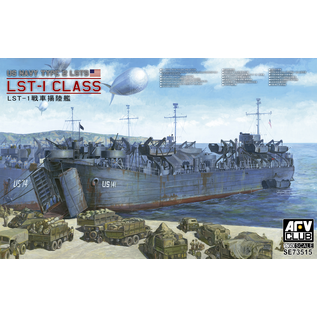 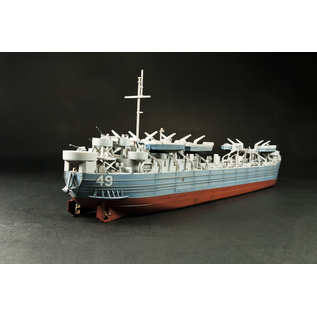 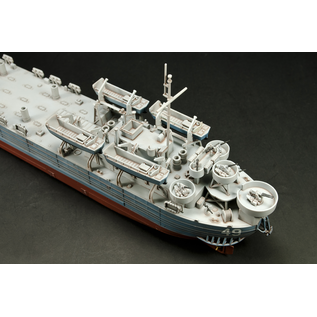 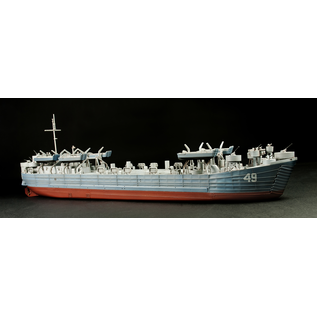 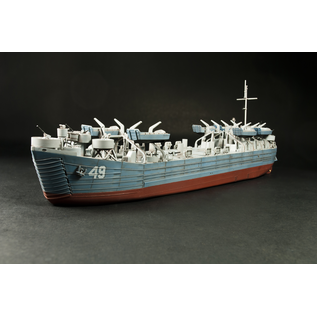 Landing Ship, Tank (LST), or tank landing ship, is the naval designation for ships first developed during World War II (1939–1945) to support amphibious operations by carrying tanks, vehicles, cargo, and landing troops directly onto shore with no docks or piers. This enabled amphibious assaults on almost any beach.

The LST had a highly specialized design that enabled ocean crossings as well as shore groundings. The bow had a large door that could open, deploy a ramp and unload vehicles. The LST had a flat keel that allowed the ship to be beached and stay upright. The twin propellers and rudders had protection from grounding. The LSTs served across the globe during World War II including in the Pacific War and in the European theatre.

The first tank-landing ships were built to British requirements by converting existing ships; the UK and the US then collaborated upon a joint design. The British ships were used in late 1942 during the Allied invasion of Algeria, by 1943 LSTs participated in the invasion of Sicily and mainland Italy. In June 1944 they were part of the huge invasion fleet for the Normandy landings.

Over 1,000 LSTs were laid down in the United States during World War II for use by the Allies; the United Kingdom and Canada produced eighty more.