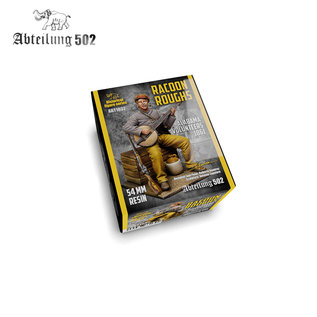 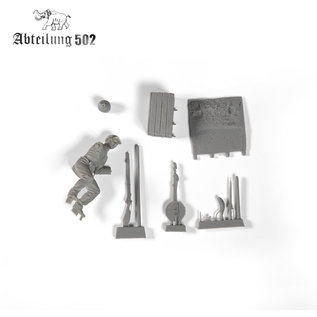 Designed and painted by Roberto Ramirez & sculpted by Antonio Zapatero.

The Raccoon Roughs were a mountain company who, under the command of General John B. Gordon, were incorporated into the 6th Alabama Volunteers.

They didn´t have uniforms neither two dressed alike, recognisable only by their coonskin-decorated caps, origin o the company’s name.

They were rough and fierce fighters until the end of the American Civil War.

Enjoy this deluxe edition for collectors and modellers of historical figures.